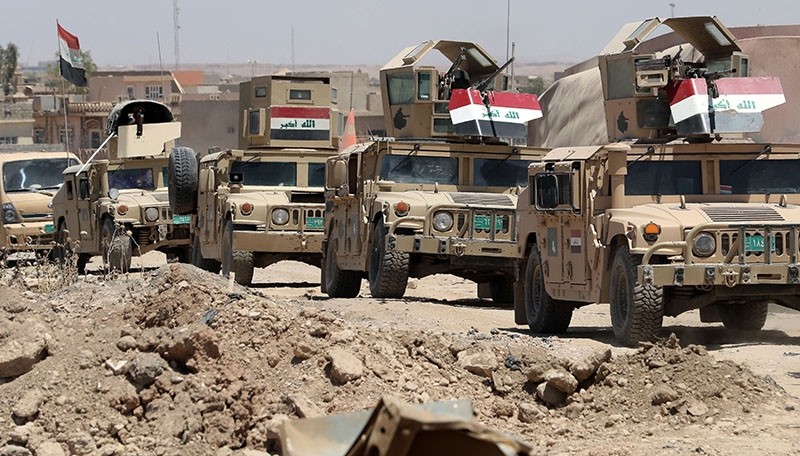 Iraqi forces drive down a road in western Mosul on June 1, 2017 during ongoing battles between Iraqi forces to retake the city from Daesh terrorists. (AFP Photo)
by Anadolu Agency Jun 04, 2017 12:00 am

At least 32 Iraqi soldiers were killed in Daesh attacks in western Mosul in the past 24 hours, according to an Iraqi police officer.

Thirteen soldiers were also killed in a spate of car bombings in Zanjili district, west of Mosul, he said.

"Two soldiers were also seriously injured in the bombings," he said, adding that 11 military vehicles were destroyed in the attacks.

Iraq has been roiled by violence since Daesh seized vast swathes of territory in northern and western Iraq in 2014.

Iraqi forces, backed by air cover from a U.S.-led coalition, are currently engaged in a widespread offensive to dislodge Daesh from Mosul, the terrorist group's last stronghold in Iraq.