US underreports civilian deaths in Syria, Iraq, according to rights groups 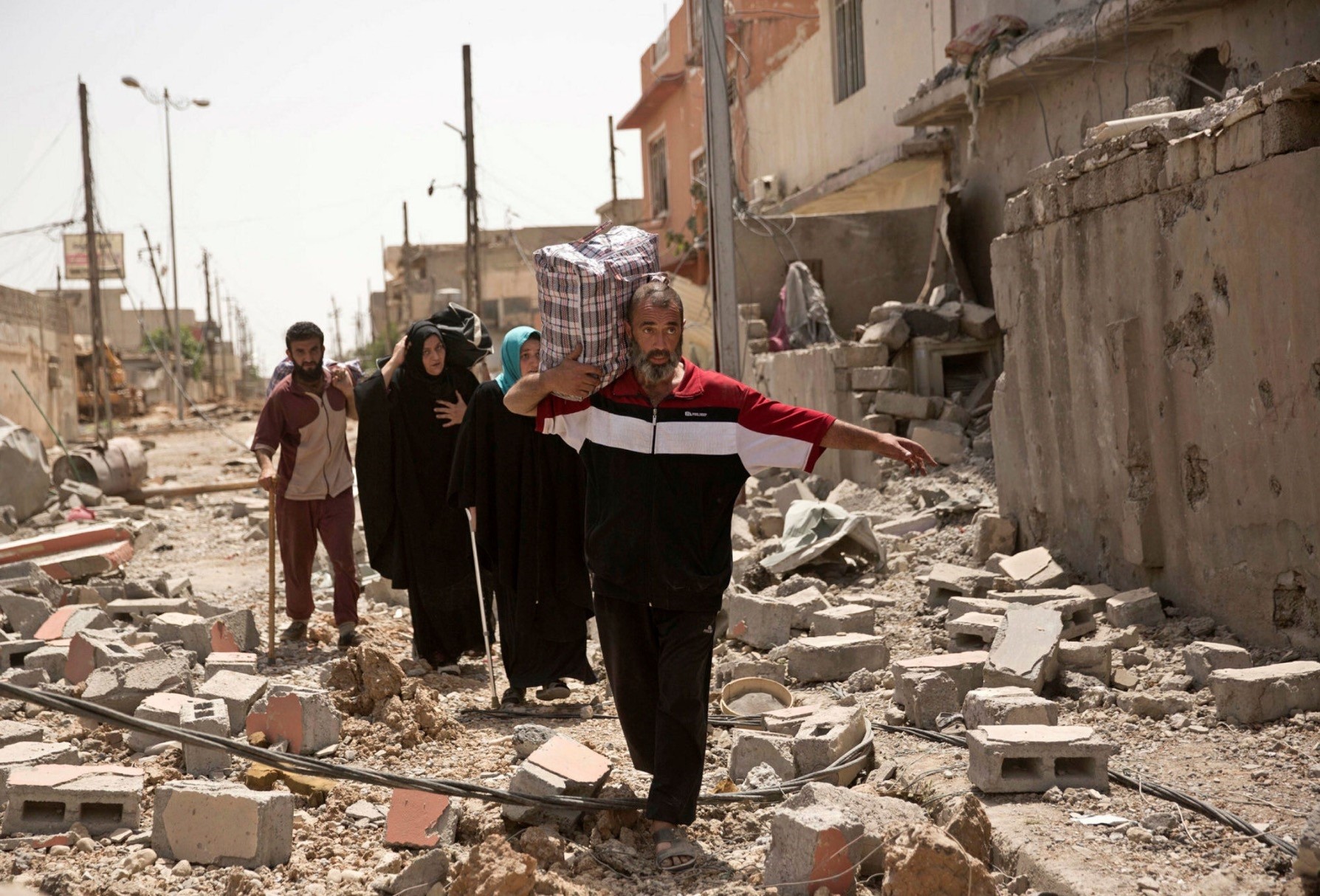 In a recent press release, CENTCOM said 484 civilians have died in anti-Daesh coalition airstrikes since 2014, while a London-based group that tracks civilian casualties in Syria and Iraq says the number is over 3,800

While the U.S.-led coalition has carried out more than 20,000 airstrikes in Syria and Iraq in less than three years in combatting Daesh, the terrorist organization has continued to expand and a few months ago, major military operations were launched on the ground in Iraq as well as Syria by Turkey, known as Operation Euphrates Shield. Due to Daesh's stronghold in densely populated cities like Mosul and Raqqa, the number of casualties has increased, as Daesh militants use civilians as human shields and the U.S. coalition reportedly does not pay as much attention to this as it should.

According to a recent statement released by U.S. Central Command (CENTCOM), 484 civilians have died in coalition attacks in Syria and Iraq since mid-2014. "In the month of April, the Combined Joint Task Force-Operation Inherent Resolve (CJTF-OIR) received 43 new reports of possible civilian casualties resulting from coalition strikes supported by partnered force operations to defeat Daesh in Iraq and Syria. During this period, the coalition completed the assessment of 47 reports, 31 of which were assessed to be non-credible, and 16 of which were assessed to be credible resulting in 132 unintentional civilian deaths. To date, based on information available, CJTF-OIR assesses that it is more likely than not that at least 484 civilians have been unintentionally killed in coalition strikes since the start of [OIR]," the statement read.

Despite the U.S. statement, a London-based monitoring group says the numbers are much higher. Airwars, a collective of journalists and researchers, tracking civilian deaths in Iraq and Syria, said more than 3,800 civilians have been killed since August 2014. The group said 21,975 airstrikes were carried out: 12,841 in Iraq and the rest in Syria, while 76,649 bombs were dropped.

The coalition has ramped up its efforts after the suicide attack in Manchester that killed 22 people. In the last week of May, the Syrian Observatory for Human Rights said a U.S. coalition in Mayadeen, Syria, killed 80 people. As the battle in Mosul becomes more heated, the coalition is intensifying its activities. Although the press release claimed 105 civilians died in just one coalition attacks in March.

Besides coalition attacks, civilians also die during other conflicts in the region. The Syrian regime, Russia, Iraqi forces, Iran-backed Shiite militias, the PKK's Syrian offshoot the People's Protection Units (PYD) and al-Qaeda-linked groups also cause civilian casualties. The Assad regime and Russia have deliberately been targeting civilians since the beginning of the war.

The Arab uprisings, which euphorically swept across the Middle East and North Africa (MENA region), attracted Syrians who had lived under the dictatorship of the Assad family since 1970 when Bashar's father Hafiz Assad seized power. Since then, the majority of Sunnis were forced to live in a police state that tried to control their every movement, organization and business via a sweeping intelligence service.

In March 2011, Syrians grew emboldened enough to raise their voices against the dictatorship. However, the regime's response was not as peaceful as the protests, and the country was subsequently dragged into a deadly civil war after opposition groups took up arms against the government. Opposition groups have also been divided internally. While moderate opposition groups like the Western-backed Free Syrian Army (FSA) struggled for a democratic Syria where all religious and political groups could freely coexist, radical elements like al-Qaeda's Syrian branch, the al Nusra Front, later the Tahrir al-Hayat and ultimately Daesh, aimed to establish a new Syria, ruled by extremism and religious jurisprudence.

While the war continued among groups and regime forces and other groups loyal to the regime like Iran-backed Hezbollah, the U.S. established the coalition. Still, the efficiency of the coalition is widely debated. For instance, after the coalition was established, Carnegie researcher Dalia Ghanem Yazbeck told Daily Sabah in 2015: "Since the very beginning of the establishment of the coalition, I said that this would not be a solution. Even if ground troops are sent, it will not work. First of all, the international community has to find a solution for the Syrian problem. The real solution would be that Daesh can destroy Daesh." Many experts have also highlighted the need for implementing de-radicalization programs to prevent people from joining radical groups and from becoming radicalized. Yet, there have been no major steps taken by Western countries to better their relations with minorities, especially with descendants of colonized countries.