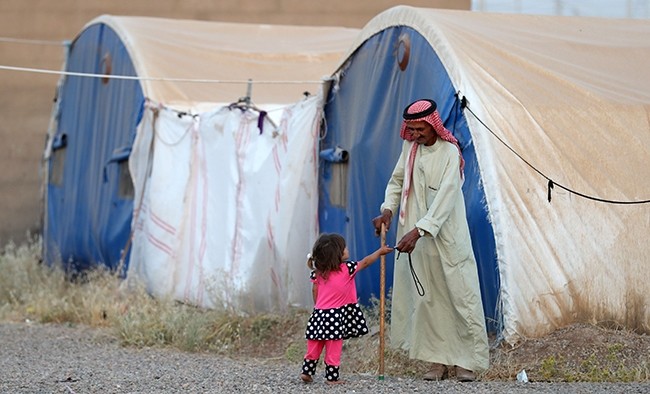 "Since the day the Mosul operation started, 819,000 people were displaced," Jaff said at a press conference in Baghdad.

As a result of Daesh attacks and military operations, 642,000 people were forced to flee from western Mosul alone, the Iraqi migration minister said.

"This number is staggering and is twice as big as our estimate," he added.

Jaff pointed out that in Mosul, the areas rescued from Daesh had difficulty accessing basic needs, especially electricity. According to the Iraqi minister, delays in liberation operations have slowed the return of diplaced people, as well as efforts to meet the needs of those who have returned.

The Iraqi army and its allies launched a full-scale offensive to liberate Mosul from Daesh terrorists seven months ago. Iraq's second largest city was captured by Daesh in June 2014, during their rapid advance into the predominantly Sunni northwestern and central parts of the country.