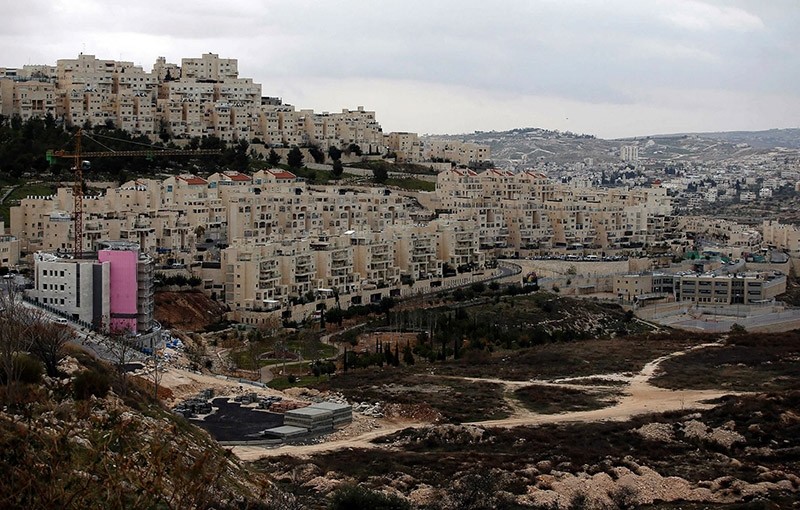 Israel has advanced plans for a further 1,500 homes in Jewish settlements in the occupied West Bank, Peace Now said yesterday, the second such announcement in a week. The announcement came after the United Nations' latest call on Israel to pull out of territories captured in the 1967 war.

More than 3,000 units have been advanced this week, a spokeswoman for the NGO that tracks settlement building in the Palestinian territory told AFP. On Tuesday, Israel advanced 1,500 units, with the potential to add around another 900, Peace Now said. Those 900 were confirmed on Wednesday by an Israeli defense ministry planning committee, it added.

In a separate process, 688 homes were advanced by the committee late on Wednesday and will now go out for a 60-day public comment period during which objections can be filed. Peace Now's Hagit Ofran told AFP a total of 3,178 units were advanced this week.

The plans are at various stages in the process and the units are located in a number of settlements across the West Bank. Israeli authorities did not immediately respond to requests for comment.

More than 600,000 Israelis live in settlements in the West Bank, including annexed east Jerusalem, which are seen as a major obstacle to peace between Israel and the Palestinians. They live alongside some three million Palestinians.

Israeli Prime Minister Benjamin Netanyahu had pledged to build a new settlement for around 40 families from a wildcat Jewish outpost in the West Bank known as Amona, who were evicted under court order in February. The developments come as U.S. President Donald Trump seeks to restart peace negotiations between the Israelis and the Palestinians, stalled since talks collapsed in 2014.

Trump has called on Netanyahu to hold back on settlement building as he seeks to build momentum. Netanyahu however faces political pressure from the settler movement, which wields heavy influence in his right-wing governing coalition.

On Tuesday, Netanyahu told settlers he would keep building across the West Bank and that no one would be "uprooted from his home."

It was unclear if Netanyahu was suggesting no further settlements would be dismantled in any peace deal with the Palestinians, which would mark a significant change and raise further doubts over future possibilities for a two-state solution.

"It is a challenge to [Trump's] efforts to create an appropriate atmosphere for a serious political process, and a blatant challenge to the international community as a whole," a statement said.

After the 1967 war, Israel annexed east Jerusalem and deems the entire city its "indivisible and eternal capital," a status not recognized internationally. Israel pulled out of Gaza in 2005 and it is now ruled by the Hamas group.