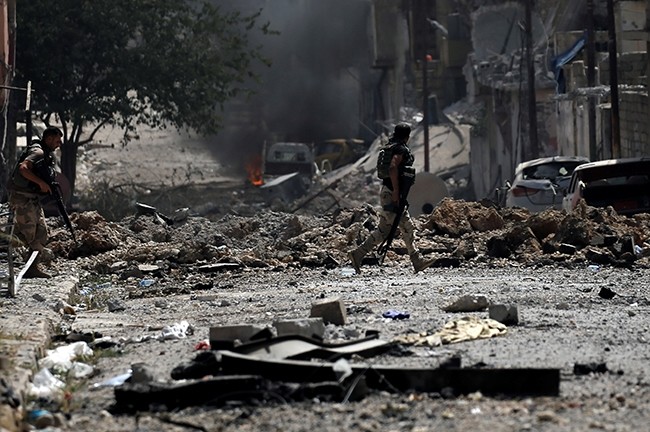 The U.N. human rights office said Thursday it has credible reports that the Daesh terrorist group has killed more than 230 civilians trying to flee Iraq's western Mosul since May 26.

A statement from the U.N. human rights chief Zeid Ra'ad Al Hussein also said it was investigating reports that 50-80 people had died in an air strike on the Zanjili district of Mosul on May 31. It did not say who carried out the strike.

On June 3, the terrorist group allegedly killed another 41 civilians in the same neighbourhood as they ran towards Iraqi troops, according to the rights office.

"Shooting children as they try to run to safety with their families - there are no words of condemnation strong enough for such despicable acts," Zeid said.

Targeting civilians "who are not directly taking part in hostilities, are war crimes," the statement added.

Daesh also have been using civilians as human shields and have been killing those who try to flee the group's stronghold as Iraqi government forces are fighting to take control of the city, the statement said.

Several reports in recent weeks, including Pentagon investigations, have found that civilians have repeatedly been killed by air strikes from the anti-Daesh coalition supporting Iraqi troops.

Zeid again urged the coalition "to ensure that their operations comply fully with international humanitarian law and that all possible measures are taken to avoid the loss of civilian lives," reiterating a plea he has made throughout the battle for Mosul.

Iraqi army and allies launched a full-scale offensive to liberate Iraq's second largest city from Daesh terrorists seven months ago. The city was captured by Daesh in June 2014, during their rapid advance into predominantly Sunni northwestern and central Iraq.