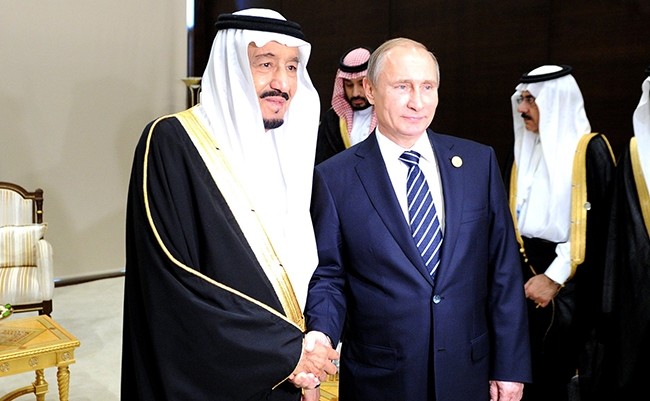 According to Putin, the diplomatic rift in the Gulf in unfortunate as it disrupts the fight against terrorism and undermines Syrian peace initiatives.

"The heads of state exchanged views on the current situation in the Middle East and North Africa, touching upon the escalating situation around Qatar, which, unfortunately, does not contribute to consolidation of joint efforts in the Syrians reconciliation and the fight against the terrorist threat," a statement from the Kremlin said.

The statement also said that the leaders discussed the further development of Russian-Saudi relations in various fields, and that they had mutually expressed desire for intensified bilateral cooperation.

Russian Foreign Minister Sergei Lavrov called for dialogue Saturday between Qatar and its neighbors in the Gulf, promising to help mediate the crisis after a meeting with his Qatari counterpart Sheikh Mohammed bin Abdulrahman Al-Thani.

Several other Muslim nations have also downgraded their diplomatic ties with Qatar.