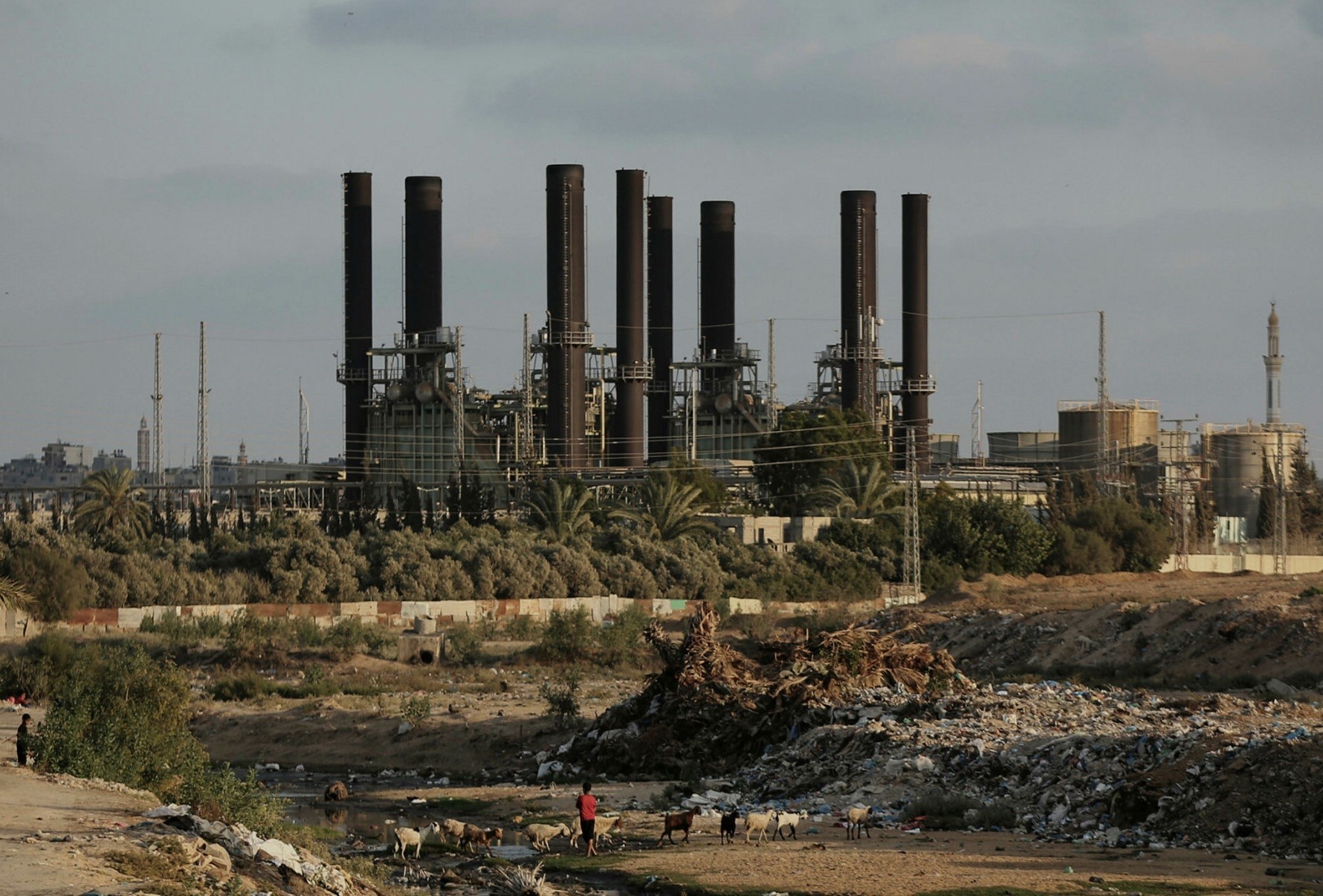 A power plant generates electricity in the central Gaza Strip.
by Yusuf Selman İnanç Jun 19, 2017 12:00 am

Despite the fact that Hamas has been preparing to undergo a major change and is apparently in a bid to act alone with no links to any umbrella organization as it seeks to self-legitimize itself, the Gulf crisis has made Hamas a target again

Since Israel targeted the power plan in Gaza in 2006, the besieged city has been suffering from energy shortages. While there has been no electricity for 24 hours, in the recent days the situation has worsened, making life in Gaza more difficult. As a result of rivalry between Al-Fateh and Hamas, the Israeli blockade on fuel and the increasing pressure on Hamas thanks to the efforts of Saudi Arabia and the U.S., the densely populated city is mostly grim.

Due to the lack of energy supply, people are predominantly relying on gasoline-fueled generators and solar panels to keep their refrigerators cool and to have access to hot water. Considering that oil prices are high due to the blockade, Gazan people are in a dire situation. Therefore, hundreds of people engaged in a protest against Israel and the Palestinian Authority (PA) as international rights groups warn that there might be a total collapse of basic services. With only three hours of electricity available per day, the U.N. warned that half of Gaza's population is in need of humanitarian aid. Israel said it would reduce electricity supplies after the PA limited its payments for power. PA spokesman Tareq Rashmawi, clarifying the punishment by the authority, said: "We renew the call on the Hamas movement and the de facto government there to hand over all responsibilities of government institutions in Gaza to us so that the government can provide its best services to our people in Gaza," he said two weeks ago.

"Israel charges the PA a total of 40 million shekels ($11 million) a month for electricity, deducting that from the transfers of Palestinian tax revenues it collects on behalf of the authority. Israel does not engage with Hamas, which it considers a terrorist group. Last month, the Palestinian Authority informed Israel that it would cover only 70 percent of the monthly cost of electricity that the Israel Electric Corporation supplies to the Gaza Strip," Reuters reported.

After holding negotiations in Moscow in January, both parties declared they had reached an agreement and that a new National Council would be formed that would include Palestinians who had been exiled. The council was expected to be on the voting ticket in the June elections. Since 2006, Palestinian President Mahmoud Abbas's al-Fatah and Hamas have been engaged in fighting after Hamas won the elections in Gaza; thus increasing the unlikelihood of a unified Palestine. The two sides have a bloody history, having imprisoned dozens for alleged links to rival parties. Namely, in 2007, deadly clashes erupted among party sympathizers after Hamas won the elections in Gaza, as seen in the deadly clashes between party sympathizers in 2007 following the Hamas victory in the Gaza elections of 2007 which brought an end to al-Fatah's rule.

Yet, there was no unification and, on the contrary, the rivalry has deepened. The already isolated and almost financially-collapsed Hamas is unable to pay civil servants' salaries or rebuild the city. Despite the fact that the group has been preparing to undergo a major change – cutting its ties with the Muslim Brotherhood, restoring to relations with Egypt and changing its curriculum – in an apparent bid to act alone with no links to any umbrella organization in attempts to self-legitimize itself, the Qatari crisis has made Hamas a target again.

Taking advantage of the international pressure and alliance with Israel, the PA attempts to delegitimize Hamas by making life more difficult than ever. Despite the efforts of Turkey and Qatar to solve the energy problem, the embargo and the flow of raw materials have not been eased. Under the new conjuncture, Qatar has been accused with aiding "terror groups," including Hamas. While the group has also attempted to mend its ties with Egypt for cooperating against Daesh in North Sinai, the Cairo administration has already abandoned the process and been increasing its pressure on the dissidents as well as anyone who is somehow related with Hamas. As a result of the rift between regional actors, the Gaza people have been deprived of electricity in the midst of summer and Ramadan.