Staying out of Qatari crisis better for Israel, experts say 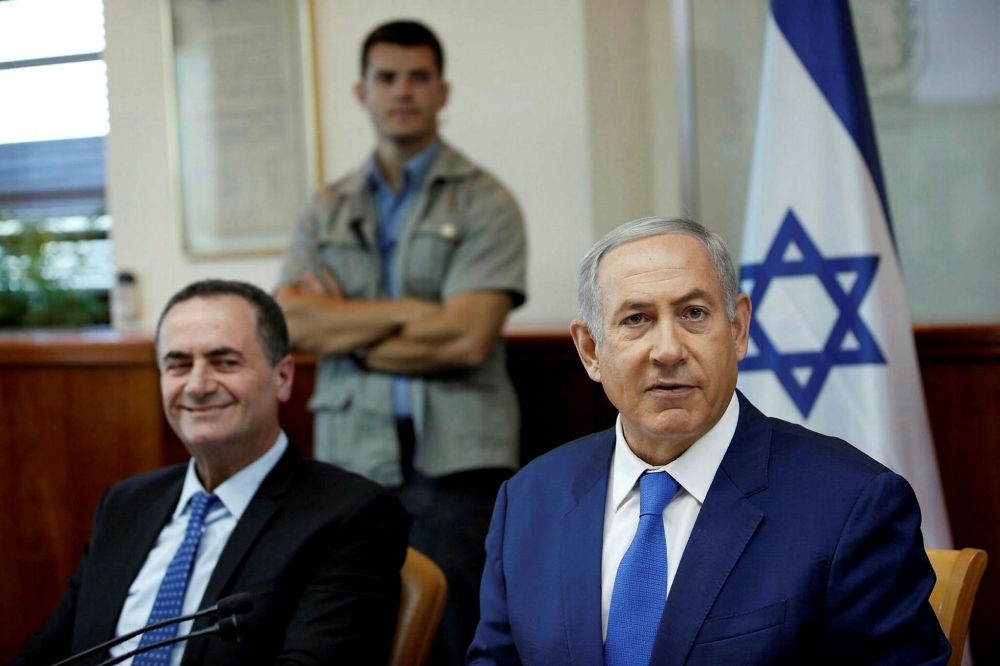 Israel welcomed Saudi Arabia's isolation of Qatar and the recent appointment of Mohammad bin Salman as heir, but experts underline that the terror issue seems only to be a pretext and at the end Qatar may be pushed toward Iran, affecting Israel negatively

As Saudi Arabia, along with Bahrain and the United Arab Emirates (UAE) declared sanctions on Qatar, Israel welcomed the development. The main reasons behind Israel's positive stance towards the isolation can be understood as Qatar, along with Turkey, is the biggest donor for Gaza, hosts Hamas members, has established better ties with Iran due to the share of natural gas fields while Saudi Arabia and the UAE have wicked Israel to better ties, using their anti-Iran stance as a common ground.

However, it should be questioned that to what extent these reasons, especially the allegations against Qatar financing terror groups in the region, are reasonable. It is also a known fact that several radical elements across the world are known to have been receiving support from the Saudis, while on the other hand Hezbollah and other radical Shiite militants are openly backed by Iran, and Israel is on the verge of entering global markets as a gas exporter after the discovery of large gas deposits in the Mediterranean.

After a top Israeli official mentioned the crisis as an opportunity for Israel, last week Israel's Transportation and Intelligence Minister Yisrael Katz made a call on Saudi King Salman, saying, "I call upon Salman, the King of Saudi Arabia, to invite the prime minister of Israel, Netanyahu, to visit Saudi Arabia."

Speaking at the annual Herzliya Conference, he said, "We saw what a wonderful host you can be [...] when President Trump was there."

It was unsurprising that he also mentioned the king's son and the recently appointed heir, Mohammed, who is known for his intentions to establish ties with Tel Aviv.

"You can also send your heir, the new one, Prince Mohammed bin Salman. He's a dynamic person. He is an initiator," Katz added.

Meanwhile, the U.S., particularly President Trump, was ecstatic with the appointment as he made a congratulatory phone call immediately after the decision was made.

Voicing a similar tone, the New York Times reported last week that the "Middle East experts said that Prince Mohammed believes Saudi Arabia should have a normal relationship with Israel in the future. But several expressed doubt that the prince would want the Saudis to be an important component of an Israeli-Palestinian negotiation."

Middle East expert and columnist for Istanbul-based newspaper Şalom, Karel Valansi told Daily Sabah that Israel was surprised by the crisis and had mixed feelings.

Pointing out the complexities in Qatari-Israeli relations Valansi said, since Doha was the only Gulf administration that hosted Israeli officials and allowed Israeli companies to run within the country, the Hamas and Iran issues will be of great importance in determining Israel's stance.

"Doha hosts many groups recognized as terrorist organizations by Israel, including Hamas. Al-Jazeera, the Doha-based state-funded broadcaster, is known for its pro-Palestinian stance in the Israeli-Palestinian conflict and Qatari relations with Iran is also a subject of worry for the Israelis. On the other hand, Qatar has a foreign policy more or less independent from Saudi influences. It is open to the West and most importantly accepted by the West. Qatar has a lot of investments in Western countries and hosts many western universities and think tanks. As for Israel, Qatar allowed Israel to run a business interests/relationship office in Doha from 1996 to 2000 and welcomed Israeli athletes in tournaments. Israeli Deputy Prime Minister Shimon Peres visited Qatar in 2007 and Minister of Foreign Affairs Tzipi Livni in 2008," she said.

Valansi, however, added that hosting Hamas members were not totally a negative situation, as Qatar played a mediating role.

"Israel benefited from Hamas leaders' presence in Doha. Qatar became a mediator of a sort. This was an important progress in this issue as it was impossible for Israel to talk to and mend ties with Syria who hosted Hamas leaders, before Qatar. Qatar also worked hard for the reconciliation of Fatah and Hamas so as to promote a two-state solution. But, at the end, the differences between political and military wings of Hamas resurfaced, complicating the Palestinian leadership even more. In all, even though Israel was not entirely happy with Hamas presence in Doha, it did benefit from its cooperation with Qatar to address the Gaza issue," she said.

Galip Dalay, the director of the Istanbul-based Al Sharq Forum, said Hamas issue was just a pretext and was not as important as it is being circulated in the media.

"Saudi Arabia wants to receive Israeli support, and in return offers an opportunity for Israel in showing that Hamas is dismissed by Arabs' themselves."

Stating that the Saudi and UAE anti-Hamas and anti-Muslim Brotherhood stance will help Israel gain international legitimacy for its ruthless fight against the tiny, besieged and densely populated Gaza, he said, "By doing so, the Palestinian issue is being placed on an illegitimate base. Israel is busy resisting objections to its policy toward Gaza. Yet, this time Israel has the chance to tell the world that the Arabs themselves share the same opinion."

"The revisionist wave, led by Turkey and Qatar, distract Israel. With Saudi Arabia's recent policy, Israel only gets to increase its rhetoric's legitimacy," he added.

Speaking on the possibility that Qatar may be pushed toward Iran, Valansi said isolating Qatar totally may accelerate the crises.

"This may push the country further towards Iran with whom it shares the world's biggest natural gas field. It has to maintain good relations with Tehran that is for sure. Just recently, Qatar lifted a self-imposed 2005 ban on developing the field (in April this year). Let's not forget Qatar is the world's biggest exporter of LNG, which is the main catalyst of its economy. So, good relations with Iran are crucial for Qatar. As for the West, it will not be wise to pick sides in this rift. The West cannot afford to pick a side. Qatar hosts an American military base, it became a mediator between many terrorist organizations including Hezbollah and al-Qaida, and the U.S. Qatar has become a political umbrella for Hamas. If it loses this political support completely, Hamas may initiate another war with Israel and this may push Hamas to Iran's hand. Iran dealing directly with the Palestinian issue will further complicate the already unstable region," she said.

Dalay, meanwhile, preferred making a distinction between the Trump administration and the American institutions and said, "Trump thinks and acts differently than the American institutions. Since the crisis broke, there was no reasonable list of demands, made by Saudi Arabia and the UAE. Therefore, the U.S. still waits for a convincing response to why Qatar is under fire. "

Besides these, the gas issue also matters. Leviathan, a gas field located in the eastern Mediterranean off the coast of Israel, was discovered in December 2010.

In November 2014 Israel proposed that EU countries invest in the undersea pipeline from Israel to Cyprus then to Crete and mainland Greece where the gas would then be shipped overland to other European countries.

It is estimated that the project will cost more than $10 billion. A pipeline that would be built between Turkey and Israel seems to be a cheaper and more feasible option as the distance of the project is about 500 kilometers (311 miles), less than half of the other option and is estimated to may cost only $2 billion.

After reaching Turkey, Israeli gas could connect the under construction Trans-Anatolian Natural Gas Pipeline (TANAP) and by this means, up to 10 billion cubic meters of Israeli gas could be sold to Europe annually.

Therefore, Israel's ultimate motive here can be questioned as it may appear as a rival to both Iran and Qatar in the global gas market.