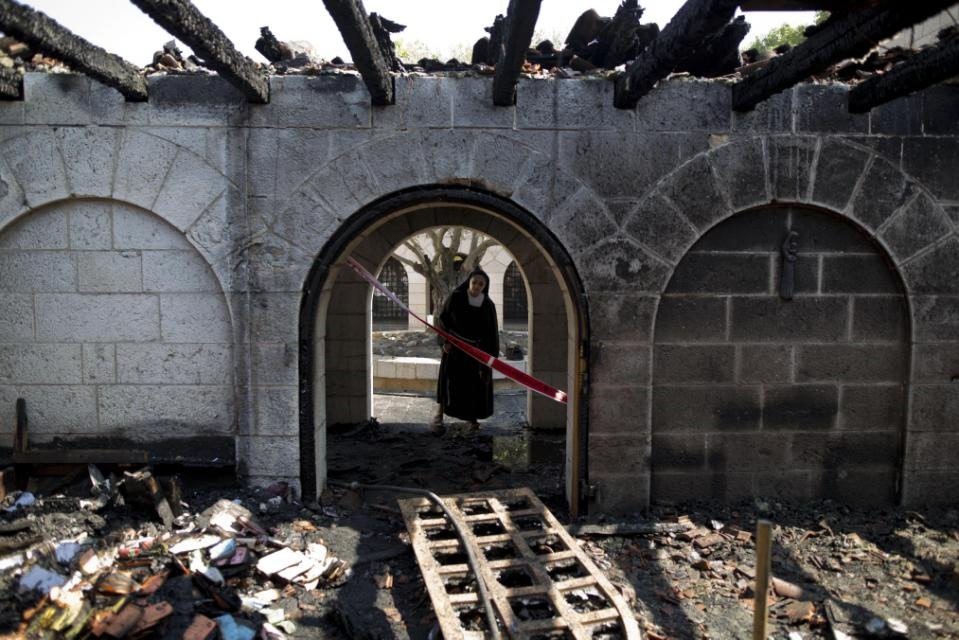 A 22-year-old Jewish extremist was found guilty on Monday of carrying out an arson attack two years ago at a famed 4th-Century church in northern Israel, local media reported.

The Times of Israel said that a second, 21-year-old suspect was found not guilty in the June 2015 attack on the Church of the Multiplication of the Loaves and Fish at Tabgha on the northern shore of the Sea of Galilee.

A sentence for the arsonist is expected at a later date, the newspaper said.

The arson attack caused damages of around 1.3 million euros (1.5 million dollars), and the renovation work on the church took eight months to complete. Israel contributed about 394,000 dollars towards the reconstruction.

The church has a mosaic of bread and fish on the floor, which is thought to mark the blessing by Jesus Christ of a small quantity of food that then miraculously multiplied - hence the church's name - to feed the crowd that had gathered to hear him preach.