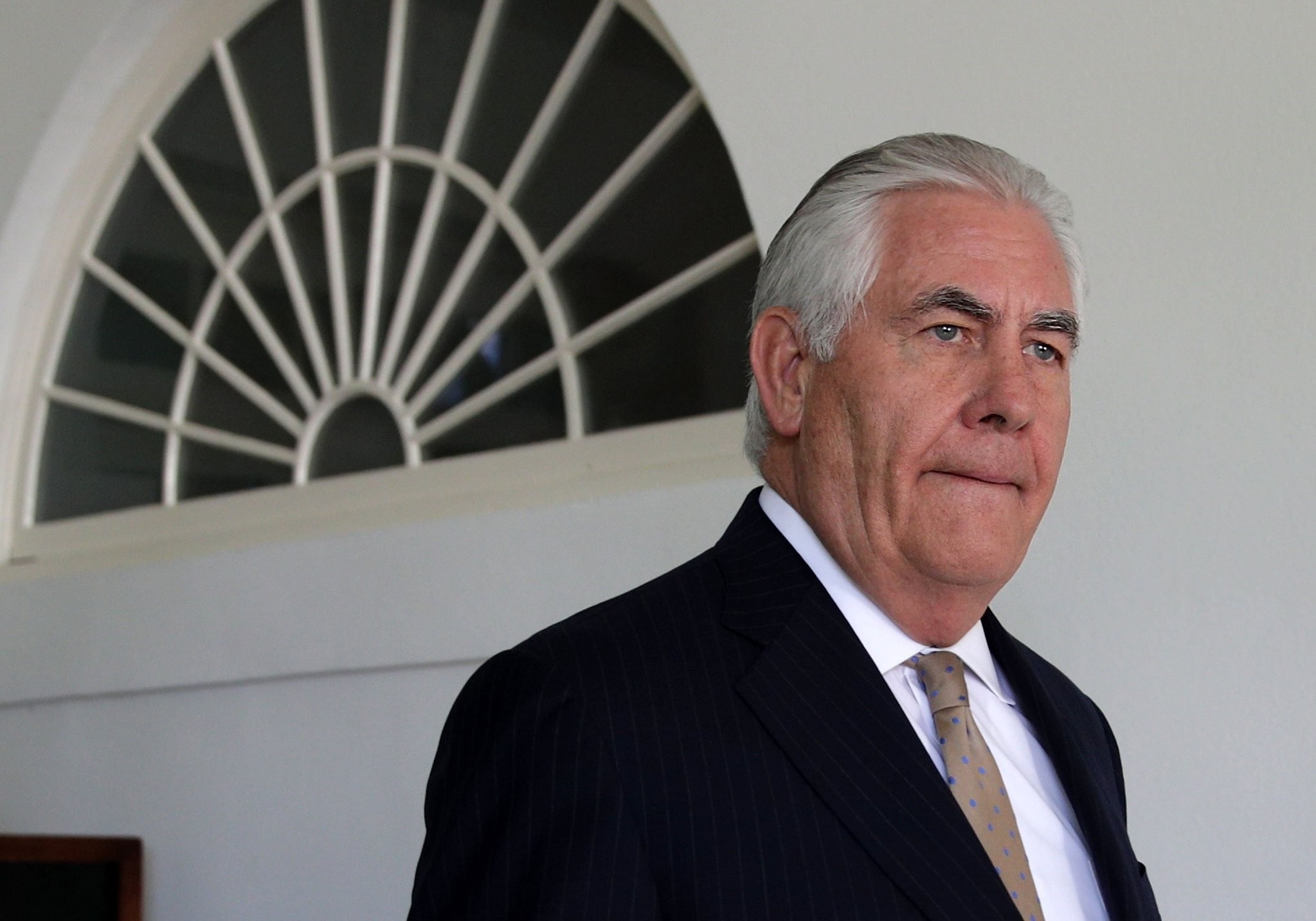 As the Gulf crisis over Qatar festers, U.S. Secretary of State Rex Tillerson embarked on his first shuttle diplomacy mission, heading to the region in a bid to end a deadlock that has badly damaged ties between several key American partners and threatens to hinder the country's counter-terrorism struggle in the Middle East.

Tillerson will hop between Kuwait, Qatar and Saudi Arabia from Monday until Thursday, the State Department said, meeting Arab leaders to test new ways of resolving the impasse that has persisted despite Kuwaiti efforts to mediate a resolution. U.S. officials said Monday that Tillerson did not expect to produce a breakthrough, which they warned could be more than a month away. Rather, they said, he wants to explore possibilities for bringing all sides to the negotiating table.

The United States worries the crisis could affect its military and counter-terrorism operations and increase the regional influence of Tehran, which has been supporting Qatar by allowing it to use air and sea links through its territory.

In addition, there are U.S. military interests at stake. Two of the five countries in the dispute are home to major American military bases: Bahrain hosts the U.S. Navy's Fifth Fleet, which patrols Gulf waters with a close eye on Iran's presence there, and Qatar hosts al-Udeid Air Base, which is the largest U.S. military installation in the Middle East and serves as the hub for the U.S.-led anti-ISIS coalition operations in Iraq and Syria.

His decision to embark on the mission nevertheless signaled at least a reluctant acceptance of the critical role the United States could play in taking a more active mediation role, particularly as some believe that Trump may have precipitated the crisis by siding publicly with Saudi Arabia during a visit to Riyadh in May and then pointing out that numerous Arab leaders had complained to him about Qatar.

Since it began, the administration had maintained it was a "family" dispute that should be resolved among the parties without a significant U.S. role. Tillerson himself had made clear his reluctance to get too deeply involved, although he met in Washington with senior officials from the feuding countries.

But with no apparent progress, the State Department warned last week that the dispute could drag on for weeks or months and "could possibly even intensify."

Qatar entered a row with Saudi Arabia and three other Arab countries, which on June 5 cut ties with Qatar and closed their airspace to commercial flights over alleged support for terrorism. Diplomatic efforts to resolve the crisis continue with help from Kuwait. The four countries have threatened to impose further sanctions on Qatar if it does not comply with their list of 13 demands, which was presented to Doha on June 22. The list includes the closure of Al-Jazeera television, a downgrade of diplomatic ties with Iran and the shutdown of a Turkish military base in the emirate. The UAE warned that Qatar should take the demands seriously or face a "divorce" from its Gulf neighbors. Qatar denies the accusations, calling the move "unjustified." The escalation came two weeks after the website of Qatar's official news agency was allegedly hacked by unknown individuals who reportedly published statements attributed to the country's emir.