31 Egyptian police injured, one protester killed in clashes on Nile island in Cairo 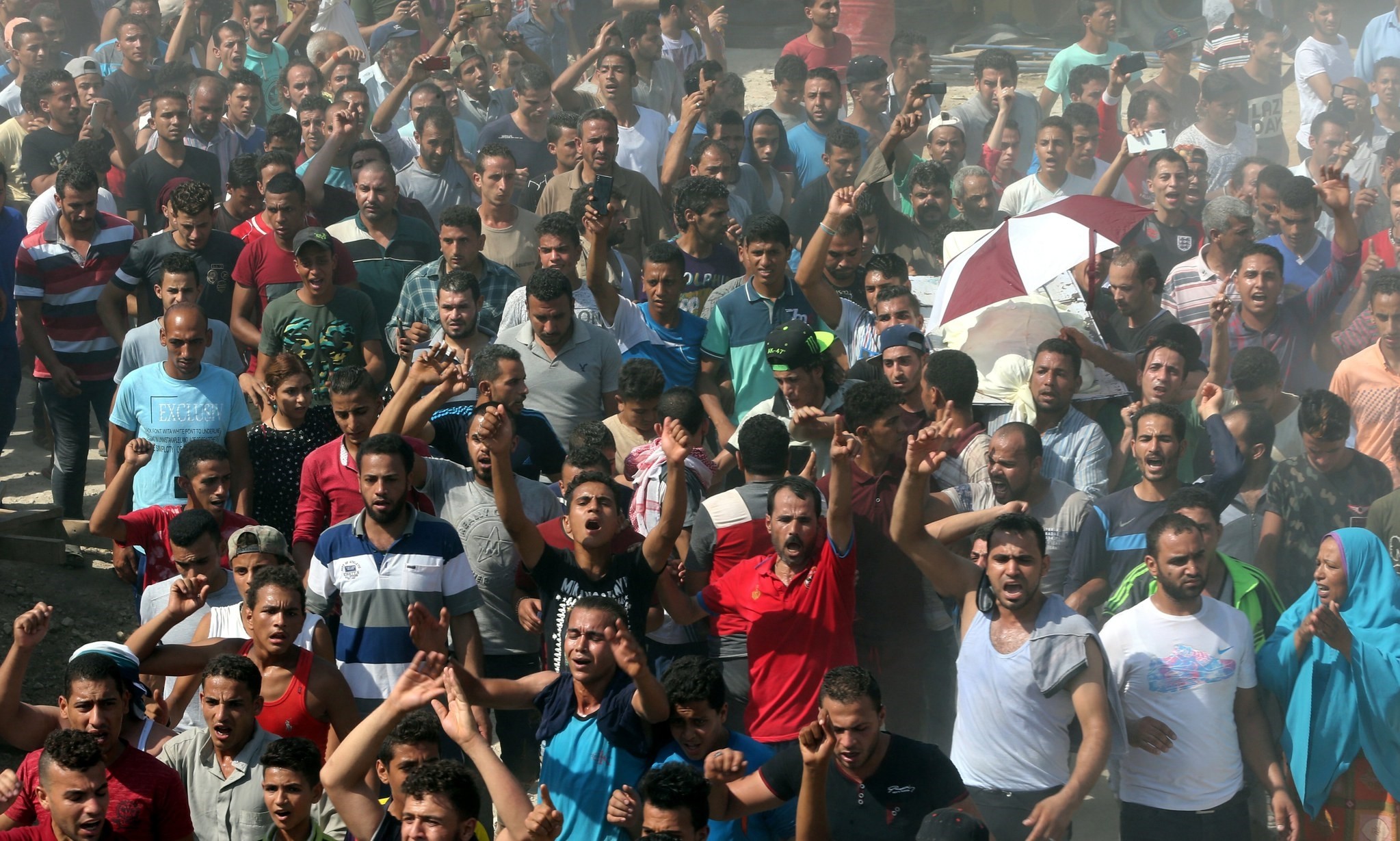 Egyptian police on Sunday fired tear gas to disperse a rock-pelting crowd of residents on a River Nile island in Cairo, clashes that left one person dead and 50 others injured, according to authorities.

The Health Ministry said a resident was killed and said 19 others were wounded in the clashes on al-Waraq island on the northern fringes of the Egyptian capital. It did not say how the man was killed.

An Interior Ministry statement said a total of 31 — policemen as well as contractors who arrived with them on the island — were injured in the clashes. The injured policemen included two generals, it said.

Ten residents were arrested, it added.

Video clips posted on social media networks showed hundreds of angry islanders, mostly young men, at the man's funeral, marching through farm fields while chanting "We will sacrifice the martyr with our soul and blood."

The violence broke out when police attempted to evict residents staying or utilizing state land without permission, part of an ongoing, nationwide campaign launched by President Abdel-Fattah el-Sissi to retake state property illegally controlled or run for profit by individuals or commercial enterprises.

The local media has for weeks been showing images of police and army troops demolishing buildings or commercial facilities illegally built or operating without a license.

In its statement, the Interior Ministry, which is in charge of the police, said the residents attacked the police force with firearms, birdshot guns and rocks and that they responded with tear gas. It said up to 700 building and land violations were recorded on the island. It acknowledged the death of one islander and that 19 others were injured.

Illegal use of state land is widely common in Egypt, as well as building on agrarian land in violation of the law.

In a separate development, Egypt's military said its jet fighters destroyed 15 all-terrain vehicles carrying weapons and explosives along with "criminal elements" after they were detected getting ready to cross the Libyan border into Egypt.

A military statement Sunday said the warplanes monitored and "dealt" with the vehicles over the past 24 hours, but it did not say whether the airstrikes targeted them while on Egyptian soil. It also did not mention Libya by name, making only a thinly veiled reference to the North African nation.