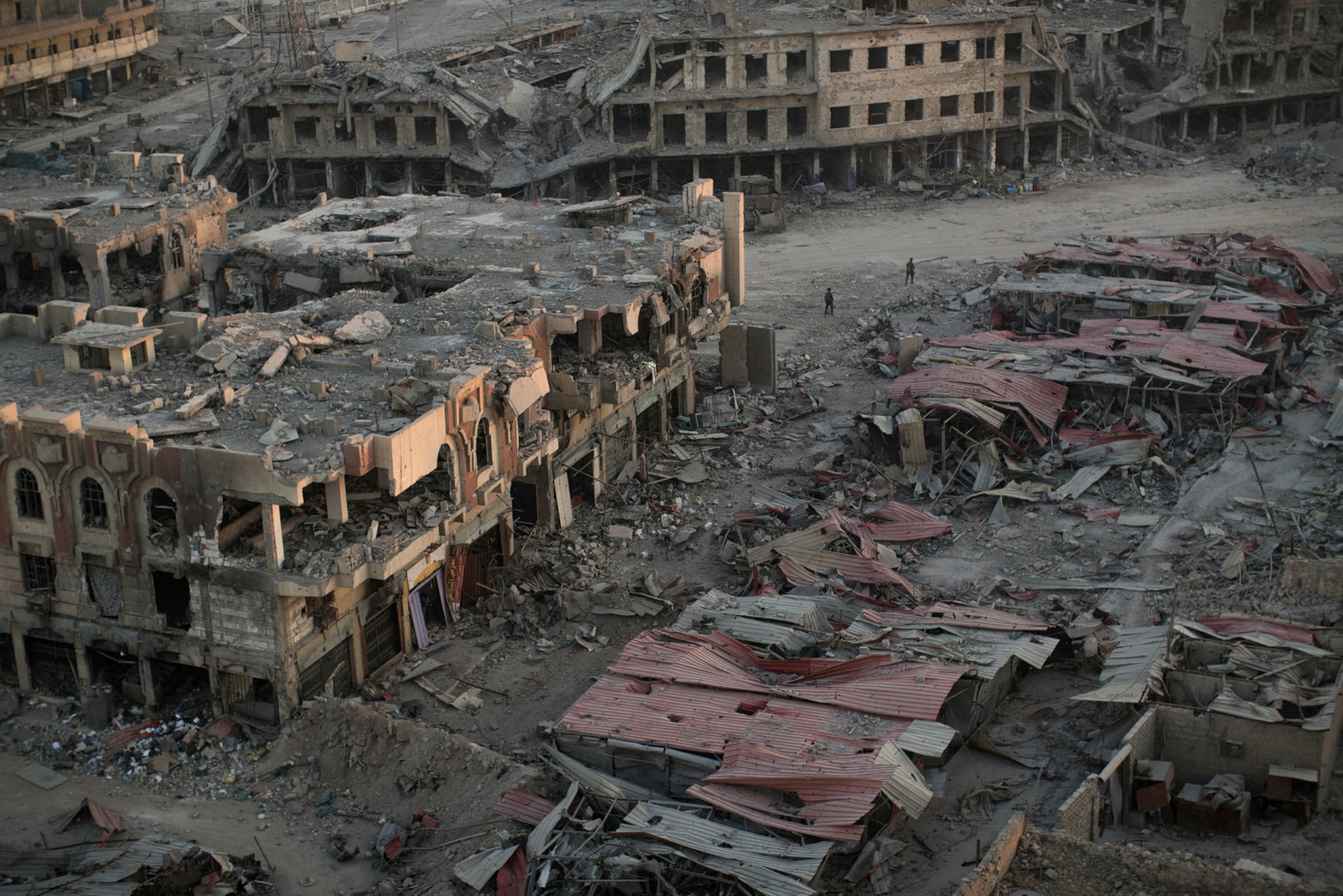 People walk through a damaged neighborhood as the sun sets on the west side of Mosul, Iraq on July 11.
by Daily Sabah with Wires Jul 17, 2017 12:00 am

Since the operation to retake Mosul began nine months ago, 25,000 Daesh militants are reported to have been killed, an Iraqi commander said yesterday.

In a briefing reported by Iraqi news, Lt. Gen. Abdul-Amir Yarallah, head of the Nineveh Operations at the Joint Operations Command released the details of the Mosul operation, stating that more than 450 suicide bombers died during the operation.

The Iraqi army and allies launched a full-scale offensive to liberate Iraq's second largest city from Daesh terrorists in October 2016. The city was captured by Daesh in June 2014, during their rapid advance into predominantly Sunni northwestern and central Iraq. The militants swept over much of the country's north and central areas. Weeks later the head of the terrorist group, Abu Bakr al-Baghdadi, announced the formation of a self-styled caliphate in Iraq and Syria from the pulpit of a Mosul mosque.

The Mosul offensive has taken much longer than expected, with Iraqi government advances slowed by the need to avoid civilian casualties. When Daesh captured Mosul back in 2014, the Iraqi government faced criticism for being unable to defend one of its largest cities. The oil-rich city fell to Daesh easily as the Iraqi troops avoided clashes and fled its posts, abandoning their weapons. Backed by the U.S.-led international coalition, Iraq last October launched a wide-scale military offensive to recapture Mosul and the surrounding areas, with various Iraqi military, police and paramilitary forces taking part in the operation. The city's eastern half was declared liberated in January, and the push for the city's western section, separated from the east by the Tigris River, began the following month.

Since the battle to retake Mosul began nine months ago, an estimated 862,000 people have been displaced from the city, although 195,000 have since returned, mainly to the liberated east of the city. That means 667,000 people remain displaced, nearly all of them from western Mosul, and are living in 13 camps set up by the UNHCR or with host families.

Nearly a third of the Old City — more than 5,000 buildings — was damaged or destroyed in the final three weeks of bombardment up to July 8, according to a survey by U.N. Habitat using satellite imagery. Across the city, 10,000 buildings were damaged over the course of the war, the large majority in western Mosul, the scene of the most intense artillery, airstrikes and fighting during the past five months.