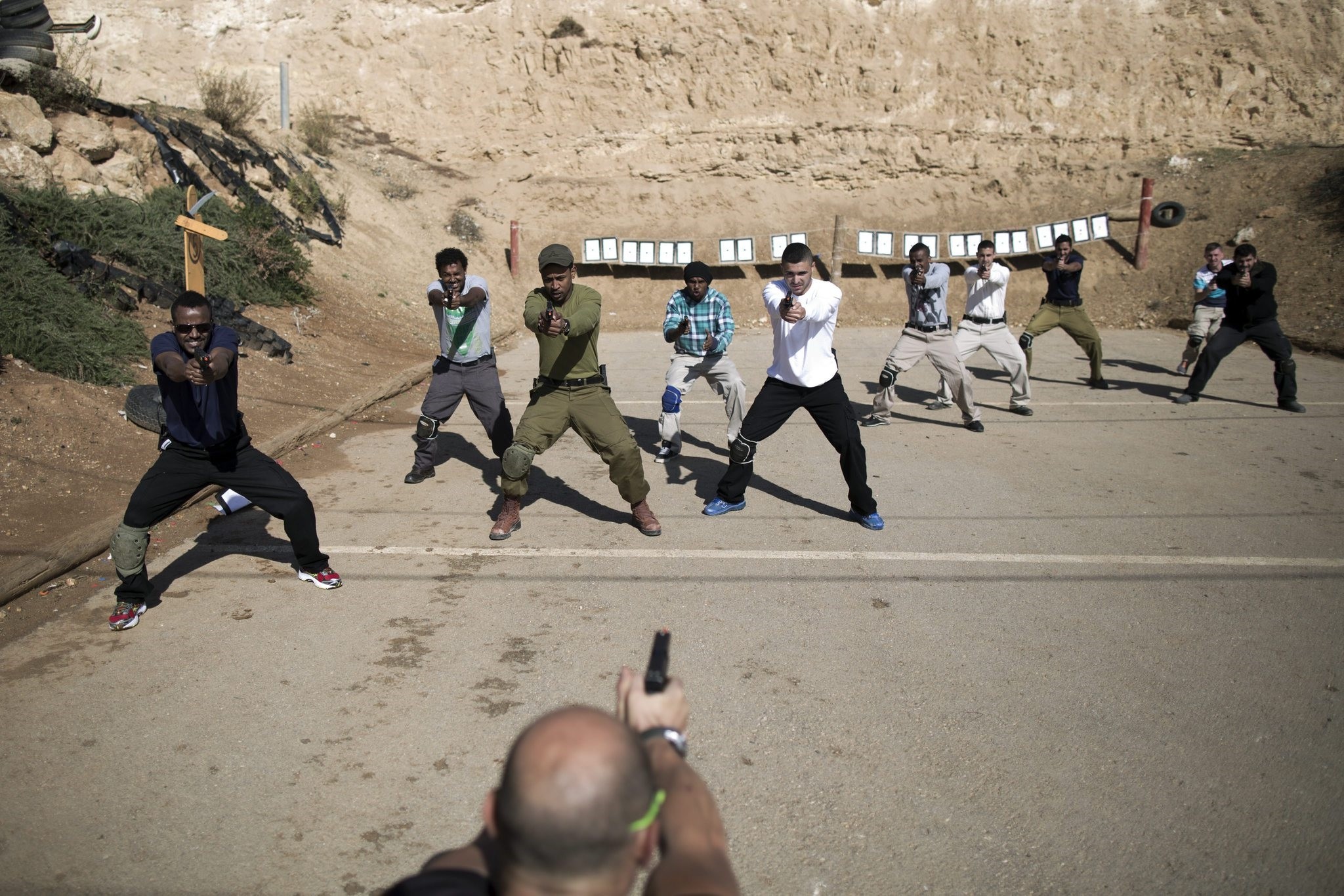 A facility in an Israeli settlement in the occupied West Bank aims to "entertain" tourists through what they call a counter-terrorism "boot camp," offering activities that encourage visitors to target and shoot models of random Arab men on streets.

Caliber 3, a company established by a colonel in the Israeli army reserves in the Gush Etzion settlement bloc, one of the settlements deemed to be illegal by the international community, offers activities including watching former Israeli commandos take down an "attacker" and other means of thwarting assaults, including the use of an attack dog. Adults can shoot live rounds at a firing range.

One of the models depicts an Arab man on his cell phone, and has been deemed innocent by the instructors, so the target does not end up being shot.

Entrance to the gated compound costs $115 for adults and $85 for children.

While most of those signing up have been American visitors, there have also been tourists from China, Japan, India and South America, keen to experience Israeli-style security training in an attraction condemned by the Palestinian mayor of the nearby town and an anti-settlement group.

The head of the compound, Colonel Sharon Gat, said staff stressed the importance of vigilance and caution.

Yasser Sobih, mayor of the nearby Palestinian town of al-Khader, condemned the Israeli venture.

"The participation of tourists in training in these camps built on occupied Palestinian land means that they support the occupation and we ask them to stop it," he told Reuters.

Yotam Yaakoba, of the anti-settlement group Peace Now, criticized the venture as a "cynical and unseemly way of making money from the Israeli-Palestinian conflict".