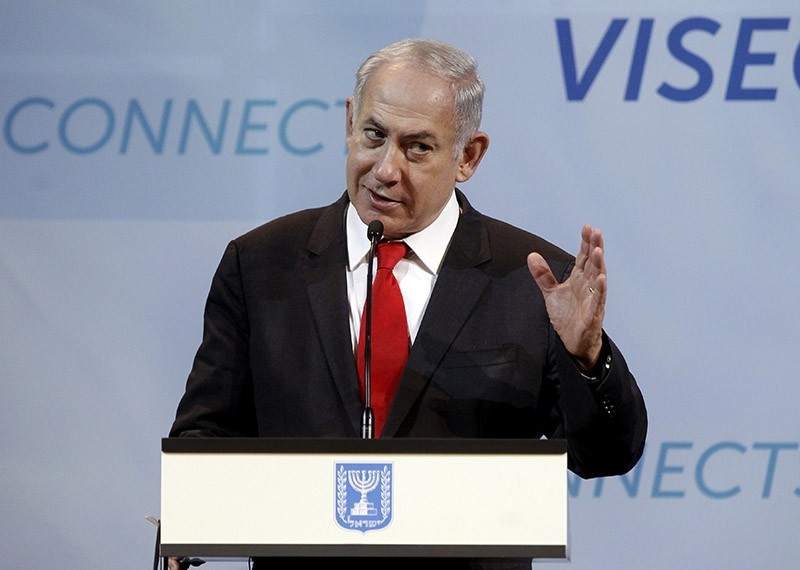 Israeli Prime Minister Benjamin Netanyahu has been caught by a live microphone railing against the European Union's "crazy" insistence on resolving the Israeli-Palestinian conflict as a precondition for closer ties with the 28-state bloc, and trumpeting Israel as essential to its prosperity and survival.

Netanyahu met with leaders of Poland, Hungary, the Czech Republic and Slovakia at a regional summit Wednesday. A conversation with his Czech and Hungarian counterparts discussing Iran, the Assad regime, Daesh, and EU-Israel relations was accidentally broadcast to journalists.

Netanyahu also made a rare public admission that Israel has struck Iranian arms convoys in Syria bound for Hezbollah "dozens and dozens of times."

The Israeli premier was overheard blasting the EU for a "crazy attempt to create conditions" for peace between Israel and the Palestinians.