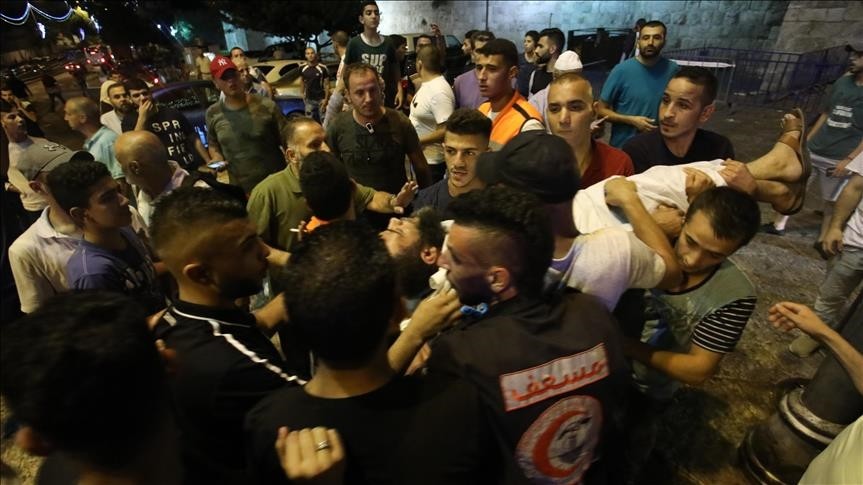 Israeli security forces clash with Palestinians outside the main entrance to the Al-Aqsa mosque (AA Photo)
by Anadolu Agency Jul 19, 2017 12:00 am

The spiritual leader of the Al-Aqsa Mosque, Sheikh Ikrima Sabri, was injured Tuesday by a plastic bullet after praying outside the gates of the site, according to Palestinian medical personnel.

Sabri was taken to the Al Maqassid Hospital in eastern Jerusalem and his condition has not been disclosed.

The shooting occurred just hours after Rafaat al-Herbawi, 30, was killed during protests at the mosque as tensions rise across the illegally occupied West Bank after Israel installed metal detectors at the entrance to Al-Aqsa following a shootout on Friday left five people dead.

More than 300 Palestinians have been killed in alleged attacks on Israelis or in clashes with Israeli forces since October 2015, according to Palestinian figures.

Israeli authorities say nearly 50 Israelis have been killed in attacks by Palestinians during the same period.

Al-Aqsa Mosque is the third holiest site in Islam after the holy cities of Mecca and Medina.