Israel to replace metal detectors with handheld ones at Al-Aqsa Mosque: report 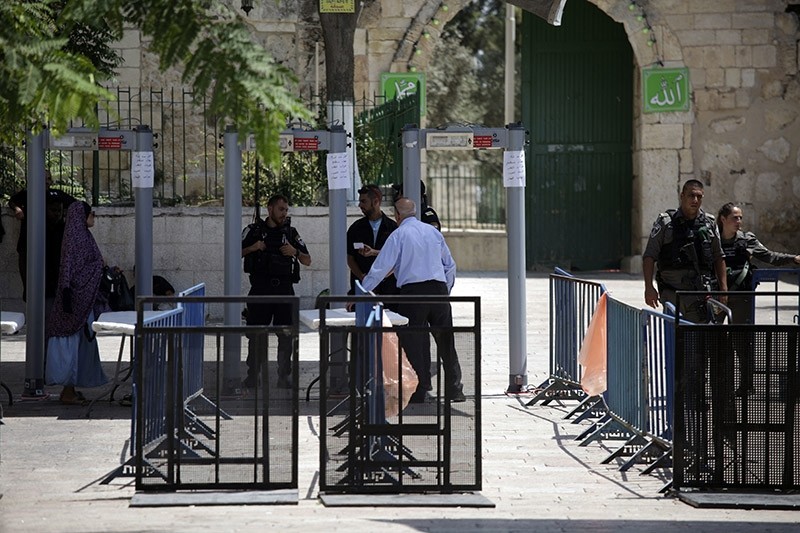 Israel is set to replace metal detectors with handheld ones at the gates of Al-Aqsa compound amid rising tension, Israeli TV claimed on Saturday.

According to Israeli television Channel 2, Israeli police decided to remove metal detectors as of Saturday night and use handheld detectors instead.

The report claimed that police forces would be deployed to carry out searches by handheld detectors at the Al-Aqsa's gates.

Israeli authorities have not commented on the issue yet.

Israel, for its part, refused to remove the detectors, claiming the security measures were similar to procedures taken at other holy sites around the world.

"Metal detectors and other restrictions should be immediately lifted and the current status quo must be restored," Erdoğan said.