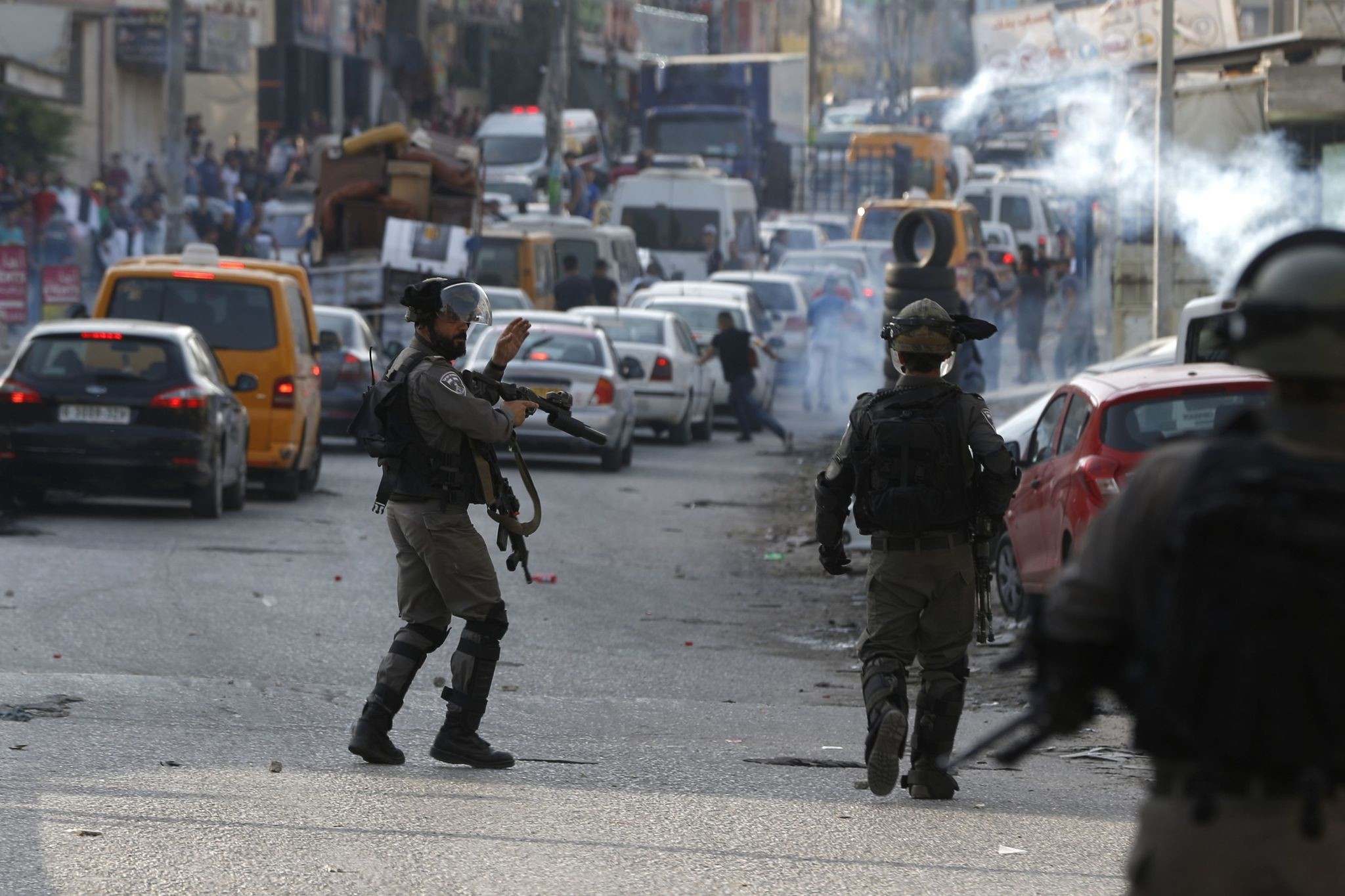 At least three Palestinian protesters were injured as clashes broke out with Israeli police in West Bank, according to Palestinian news agency Sunday.

The Palestinian news agency WAFA reported that Israeli soldiers interfered hundreds of Palestinians who set off from the Qalandiya Refugee Camp in northern Jerusalem to protest Israel's new restrictions at the Al-Aqsa Mosque.

According to the Palestinian Red Crescent, three Palestinians were injured by rubber bullets and six others were affected by tear gas.

Anger has spilled across the West Bank since last week when Israel shut the Al-Aqsa Mosque, following a deadly shootout.

The mosque was reopened after a two-day closure, with Israel installing metal detectors and cameras at the mosque's gates that Palestinians say aim to change the status quo -- a delicate balance of prayer and visiting rights.

The city of Jerusalem is sacred to -- Muslims, Jews, and Christians -- and the Al-Aqsa Mosque represents the Islamic world's third-holiest site.