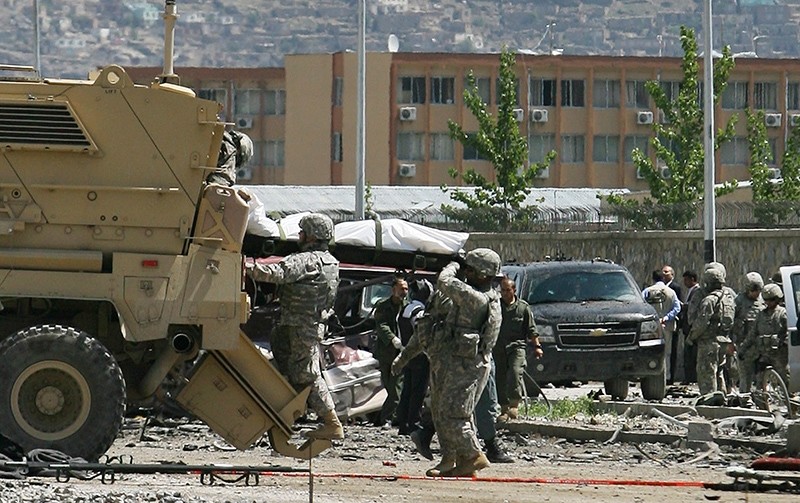 "I can confirm that two U.S. service members were killed in action in Kandahar, Afghanistan, when their convoy came under attack," Pentagon spokesman Adam Stump told Anadolu Agency, adding that more information would be provided as it became available.

The bomber struck the convoy and at least two vehicles on the outskirts of Kandahar city.

The NATO-led Resolute Support Mission also confirmed the attack in a statement, adding it was gathering information to assess the situation on the ground.

Taliban spokesman Qari Yosuf Ahmadi claimed responsibility for the attack, saying it took place near an Afghan intelligence quick reaction force base in the Shor Andam area of Daman district.

Kandahar police spokesman Zia Durrani said he could only confirm the attack, which took place on Wednesday, but had no more details.

Qari Yosuf Ahmadi, spokesman for the group in southern Afghanistan, said a convoy near a base of the Afghan spy agency National Directorate of Security had been attacked.

On Tuesday, at least 20 people were killed and 30 others injured when a suicide bomber struck a Shia mosque in western Herat province.

The airport in Kandahar is home to a major military base for international troops helping Afghan security forces.

The combined U.S. and NATO troop contingent currently in Afghanistan is about 13,500. The Trump administration is deciding whether to send about 4,000 or more U.S. soldiers to Afghanistan in an attempt to stem Taliban gains.