Qatar to buy 7 navy vessels from Italy worth $5.9 billion 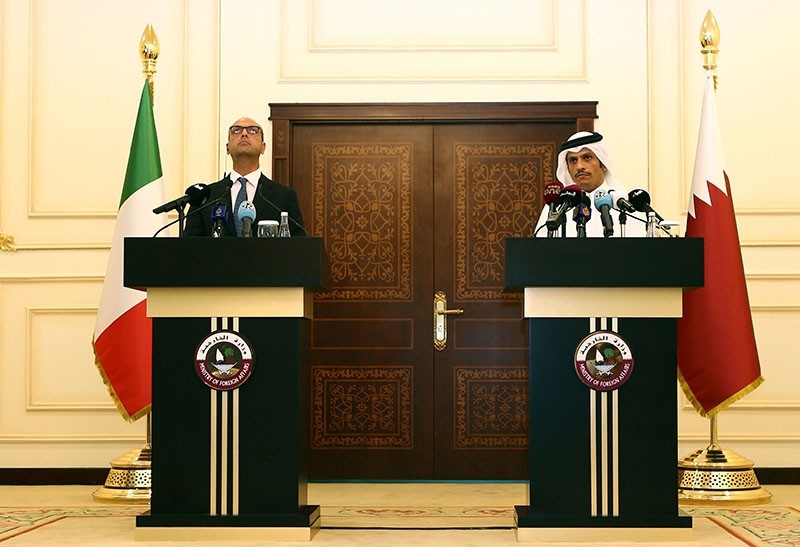 Qatar has concluded a 5 billion euro ($5.91 billion) deal with Italy for seven navy vessels, the Qatari foreign minister said on Wednesday, part of a military cooperation agreement between the two countries.

Sheikh Mohammed bin Abdulrahman al-Thani made the announcement at a news conference with his Italian counterpart Angelino Alfano in Doha after talks about efforts to end a rift between Qatar and four Arab states.

"I am pleased to announce the conclusion of a deal between the Qatari Emiri Naval Forces to buy 7 naval units from Italy in the context of the joint military cooperation between the two countries," Sheikh Mohammed said.

He said the deal was estimated at 5 billion euros but gave no further details and did not name the companies involved.

In June last year Italy's state-controlled shipbuilder Fincantieri said it had signed a 4-billion-euro agreement to build ships for Qatar.

At the time Fincantieri said it would supply the Gulf Arab state with four corvette warships, two support vessels and an amphibious landing platform dock, along with support services in Qatar for 15 years after delivery.

All the ships will be built in Italian shipyards, with construction starting in 2018, it said. Italian defense company Leonardo would supply electronics and weapons systems for the ships and receive around a third of the value of the deal, a company official said at the time.

Qatar is embroiled in a dispute with Saudi Arabia, Bahrain, the United Arab Emirates and Egypt, which accuse it of supporting militant groups and regional foe Iran, charges Doha denies.