Over 200 children killed in Yemen in 2017 with hundreds more wounded, UN says 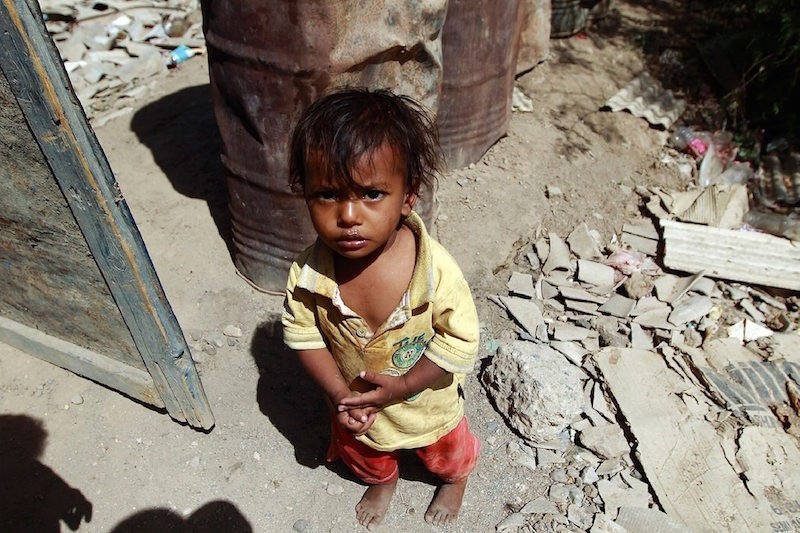 More than 200 children have been killed since the start of this year in war-torn Yemen, a UN official said Monday.

She said that 347 Yemeni children were maimed, including 113 girls, and that 377 boys were recruited in the ongoing fighting in Yemen this year.

The UN official's statements came a few days after the rebel Houthi group accused the Saudi-led coalition of killing 12 civilians, including children, in an attack in the northern province of Saada.

Relano said four girls and two boys aged between 2 and 14 years had been killed in the attack, but without holding any party responsible for the attack.

At least 1,546 children have been killed and 2,450 others injured in the three-year conflict in Yemen, according to UNICEF figures released in March.

Impoverished Yemen fell into civil war in 2014, when Houthi rebels overran much of the country, including the capital Sanaa.

The conflict escalated when Saudi Arabia and its Arab allies launched a massive air campaign in 2015 aimed at reversing Houthi military gains and shoring up Yemen's embattled government.

Over 3 million people have fled their homes since the onset of the conflict, and more than 20 million throughout the country are in need of humanitarian assistance, according to the International Committee of the Red Cross (ICRC).