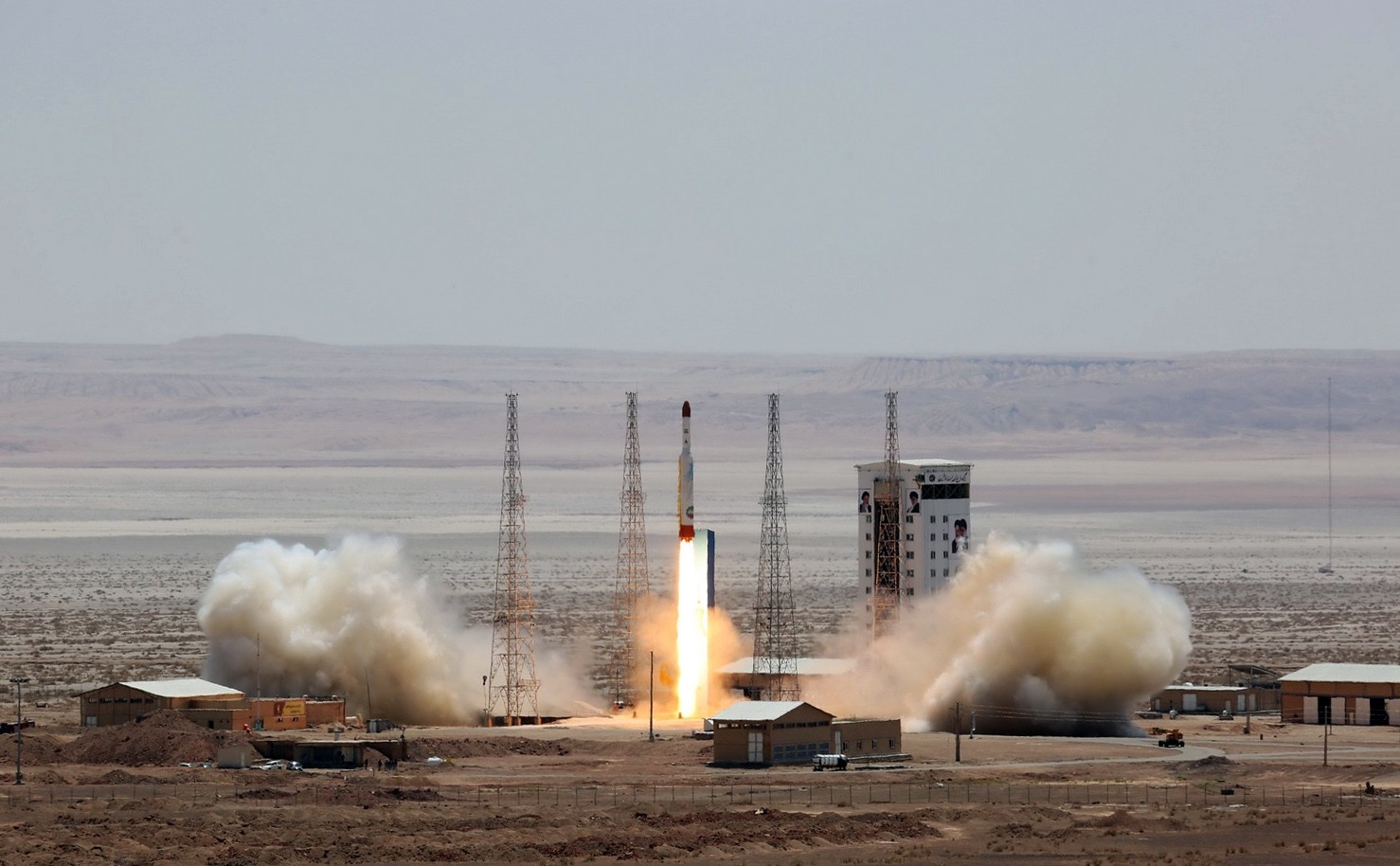 This file photo taken on July 26, 2017 shows a handout picture released by Iran's Defense Ministry shows a Simorgh (Phoenix) satellite rocket at its launch site at an undisclosed location in Iran. (AFP Photo)
by Compiled from Wire Services Aug 13, 2017 12:00 am

Iran's parliament on Sunday approved more than half a billion dollars in funding for the country's missile program and foreign operations of the elite Revolutionary Guards in response to U.S. sanctions.

The move follows a spike in tensions between Tehran and Washington since U.S. President Donald Trump took office in January with a vow to get tough on the Islamic republic.

"The Americans should know that this was our first action," said parliament speaker Ali Larijani, after announcing overwhelming support for a package "to confront terrorist and adventurist actions by the United States in the region".

After the vote result was announced, lawmakers shouted: "Death to America."

A total of 240 parliamentarians out of 244 present voted for the bill.

It mandates the government to allocate an additional $260 million for missile development and the same amount to the Revolutionary Guards' foreign operations wing, the Quds Force, state news agency IRNA said.

The vote came after the United States imposed fresh US sanctions against Iran in July, targeting its missile program.

Tehran says the measures violate a 2015 deal with world powers that eased sanctions in exchange for curbs on its nuclear program.

Trump repeatedly threatened to tear up what he once called "the worst deal ever", but last month he backed away from a key campaign promise to withdraw from the nuclear agreement.

Iran's Deputy Foreign Minister Abbas Araghchi said the bill passed on Sunday had the support of the government.

The bill is "very smart particularly because it doesn't violate the nuclear deal and doesn't allow the other side to make excuses," he added.

The United States has had no diplomatic ties with the Iran since 1980, and Trump has halted the direct contacts initiated by his predecessor Barack Obama.

A string of close encounters between US ships and Iranian vessels in the Gulf in recent months has added to the tensions between the two countries.

Araghchi said that the Iranian bill was a far-reaching response to the measures passed by US Congress that Iranian media have called the "mother of sanctions" because they sum up all existing anti-Iran sanctions.

The bill sends "a direct message of Iran's dissatisfaction with the violations of the deal by the other side while avoiding breaching it in the process," Foad Izadi, a professor of international politics at Tehran University, told AFP.

By defining the cost to the US of violating the nuclear deal, the Iranian bill would help to safeguard the agreement, he said.

"When the other side doesn't pay any price, it breaches the deal with no obstacles, but it is hoped that if they are to pay the costs, at least they calculate them and reduce their violations."

The bill's text said that Iran "recognizes the entire American military and intelligence forces as terrorist groups" for their "implicit and explicit support for terrorist groups" in the region, their role in creating the Daesh group, and "the support for violators of fundamental humans rights especially the dictator and violent regimes".

Under the law, the foreign ministry is tasked to create and publish a blacklist of people to be put under sanctions -- in cooperation with the Revolutionary Guards' foreign operations wing, Central Bank, and ministry of intelligence.

Tehran's sanctions aim to ban such persons from entering Iran, confiscate their assets within the powers of the Islamic republic, and block their financial transactions.

The bill also mandates the economy ministry to prioritize deals with countries and companies that ignore financial and military sanctions on Iran.

It orders the foreign ministry and the judiciary to take measures to protect Iranians in U.S. prisons for violation of sanctions or facing persecution and extradition elsewhere.