US will not stand by while Venezuela collapses into dictatorship: Pence 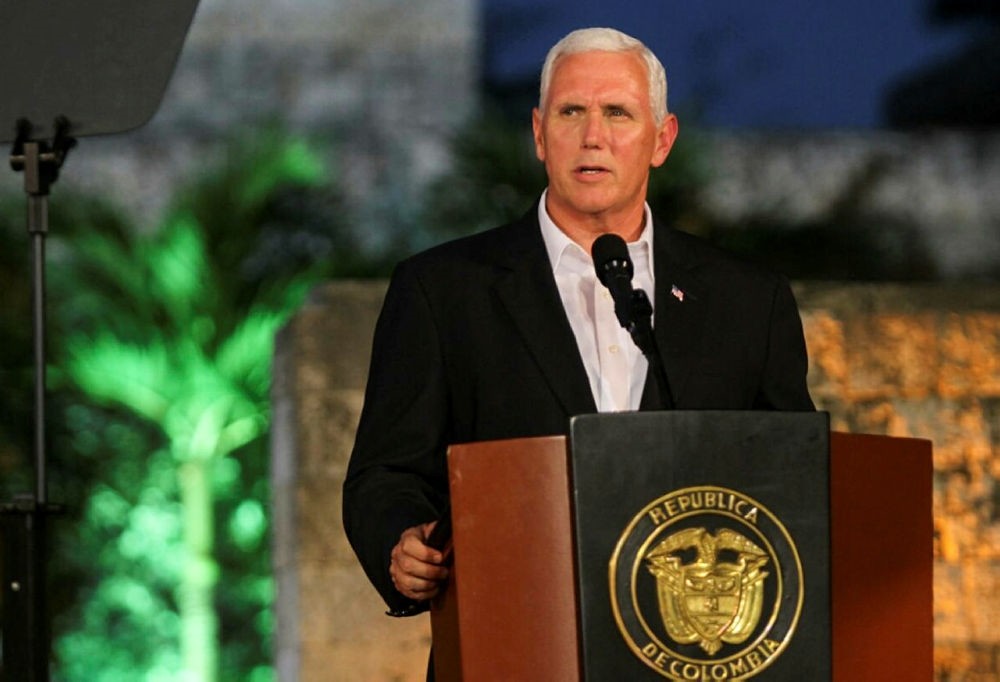 Seeking to highlight the growing plight in Venezuela, Vice President Mike Pence is meeting with people who've fled the country to neighboring Colombia.

"President Trump has made it very clear that we will not stand by while Venezuela collapses into dictatorship," Pence told reporters in Cartagena, Colombia. "A failed state in Venezuela threatens the security and prosperity of our entire hemisphere and the people of the United States of America."

Pence was meeting with faith leaders and Venezuelan families before departing to Buenos Aires, Argentina, later Monday. His wife, Karen Pence, helped to lead a prayer circle, where she prayed for "comfort to the Venezuelan refugees."

The vice president and his wife also spent time speaking with the migrants, listening to their emotional stories. Reporters were not able to hear their conversations, but watched Pence comfort several women, including at least one who was seen wiping away tears.

Pence's visit comes as he tries to rally the region against Venezuelan President Nicolas Maduro's attempts to consolidate power.

Pence on Sunday evening denounced Maduro's tactics and said the U.S. will not stand by as Venezuela "crumbles."

Venezuelan officials have been firing back in a series of statements, with Information Minister Ernest Villegas denouncing U.S. meddling in Venezuela's affairs as hypocritical on Twitter Monday.

"The US and its satellite in Bogota are trying to give classes in democracy to Venezuela while it provides cover for neo-Nazis in its own territory," Villegas wrote, linking to photos of the recent deadly march in Charlottesville, Virginia involving far-right groups.