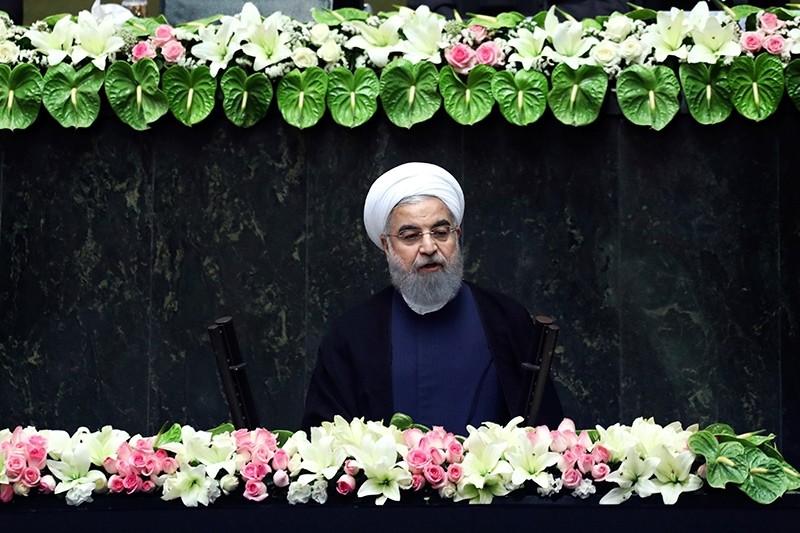 President Hassan Rouhani warned on Tuesday that Iran could abandon its 2015 nuclear deal with world powers within hours if the United States keeps on imposing new sanctions.

In a speech to parliament, he also hit out at U.S. counterpart Donald Trump saying that he had shown the world that Washington was "not a good partner".

Rouhani's comments come with the nuclear deal under mounting pressure after Tehran carried out missile tests and strikes, and Washington imposed new sanctions, with each accusing the other of violating the spirit of the agreement.

Rouhani warned that Iran was ready to walk out of the deal, which saw the lifting of most international sanctions in return for curbs on its nuclear programme, if Washington persisted.

"The failed experience of sanctions and coercion brought their previous administrations to the negotiating table," Rouhani said in the televised address.

"If they want to go back to that experience, definitely in a short time, not weeks or months, but in the scale of hours and days, we will return to our previous situation very much more stronger," he said.

Rouhani said Trump had shown he ws an unreliable partner not just for Iran but for U.S. allies.

"In recent months, the world has witnessed that the U.S., in addition to its constant and repetitive breaking of its promises in the JCPOA (nuclear deal), has ignored several other global agreements and shown its allies that the U.S. is neither a good partner nor a reliable negotiating party," he said.