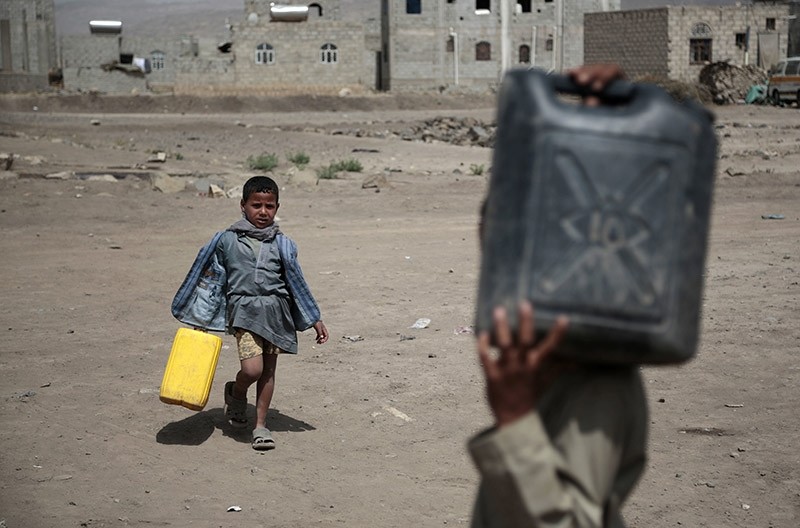 The Yemeni people are suffering a "triple tragedy" as the country is ravaged by a brutal conflict, a cholera outbreak, and the threat of famine, the United Nations humanitarian chief said Friday.

The "vicious and brutal" war between the Saudi-backed Yemeni government and Iran-allied Houthi rebels is frequently conducted with complete disregard for international humanitarian law, Stephen O'Brien told the Security Council at a briefing in New York.

There is no sign of improvement in the conflict, with number of air strikes per month now three times higher than last year and monthly reports of armed clashes up 50 per cent, he said.

The conflict, which has been ongoing since 2014, is a "deplorable, avoidable, completely man-made catastrophe that is ravaging the country," O'Brien said.

"I renew my call ... to address the following points: ensure that all ports -- land, sea and air -- are open to civilian, including commercial, traffic," O'Brien said, adding that the airport in the capital Sanaa should be opened "immediately" to humanitarian aid.

The airport is held by the rebel Houthi fighters who also control the rest of the capital, but airspace over Yemen is dominated by the rival Saudi-led Arab coalition, which is helping the Yemeni government fight the Iran-linked Shiite rebels.

Despite international support for a peaceful settlement, certain parties in the conflict continued to "place personal interests ahead of the urgent need for peace," said Cheikh Ahmed, who briefed the Security Council via video link from Amman, Jordan.

The suffering of Yemenis has "relentlessly intensified," with 17 million who don't know where their next meal is coming from, nearly 7 million at risk of famine and nearly 16 million lacking access to water or sanitation, O'Brien said.

The number of cholera cases in the war-torn country has now surpassed half a million, the World Health Organization said Monday.