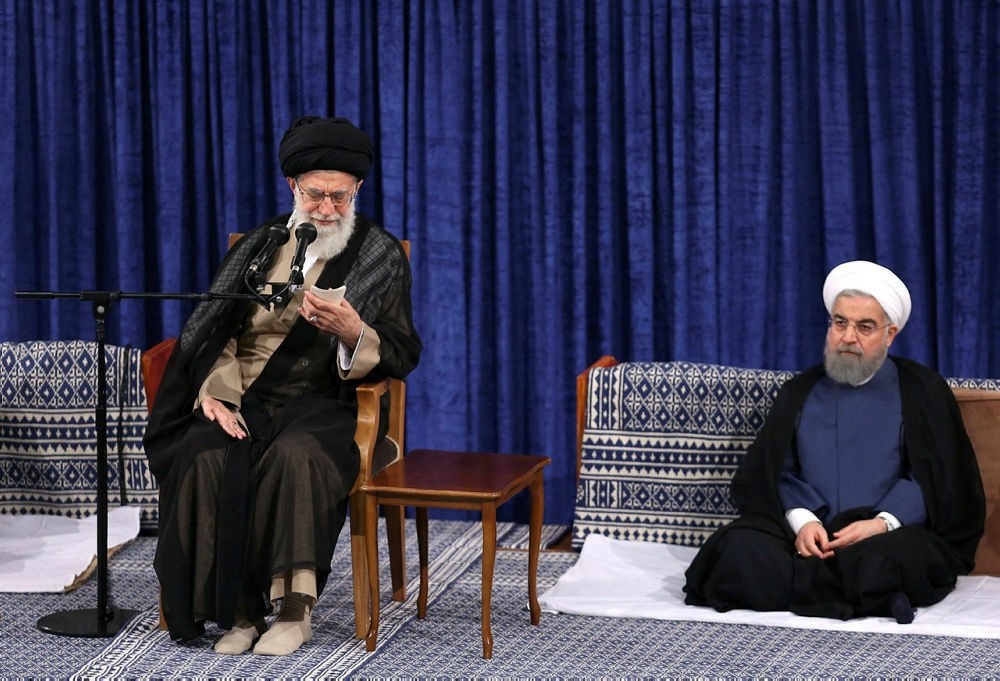 The continuing detention of Mirhossein Mousavi and fellow reformist Mehdi Karroubi, both of whom disputed the results of the 2009 presidential election that triggered mass protests, is one of the most divisive political issues in Iran.

"By citing your issues and your requests and in your name, I would like to ask the Supreme Leader to issue an order to solve the issue of the house arrests," Khatami was quoted as saying after a meeting of former prisoners from the Iran-Iraq war, adding that action would benefit the regime and present a sign of its security and power.

Khatami's statement is the first time a senior political figure has publicly asked Khamenei to intervene on the issue of house arrests.

Mousavi and Karroubi became figureheads for Iranians who took to the streets after the vote they believed was rigged to bring back hardline President Mahmoud Ahmadinejad.

Dozens of protesters were killed and hundreds arrested in the crackdown that followed, according to human rights groups.

The pair have been under house arrest since 2011, along with Mousavi's wife, Zahra Rahnavard, after they called for demonstrations in solidarity with the pro-democracy uprisings that swept the Middle East that year.

One of President Hassan Rouhani's top campaign promises before he was re-elected in May was to work for their release, infuriating hardliners who view them as traitors.

Both Mousavi and Karroubi have been in poor health in recent weeks, according to reports from their families posted on opposition sites. Their ailing health has raised pressure on Rouhani to push harder for their release.

Karroubi abandoned a hunger strike last Thursday after authorities withdrew security agents from his home where he has been held since 2011, his website said.

However, judiciary spokesman Gholamhossein Mohseni Ejei said in a press conference on Sunday that reports of security agents leaving Karroubi's house are a "complete lie".

The head of the judiciary, Ayatollah Sadeq Larijani, said in May that the Supreme National Security Council must take the initial decision to end the house arrests and then the judiciary would step in.

Any attempt to resolve this issue outside this legal process would be seen as an attempt to stoke up unrest similar to 2009, he was reported to have said by Mizan, the judiciary's official news site.