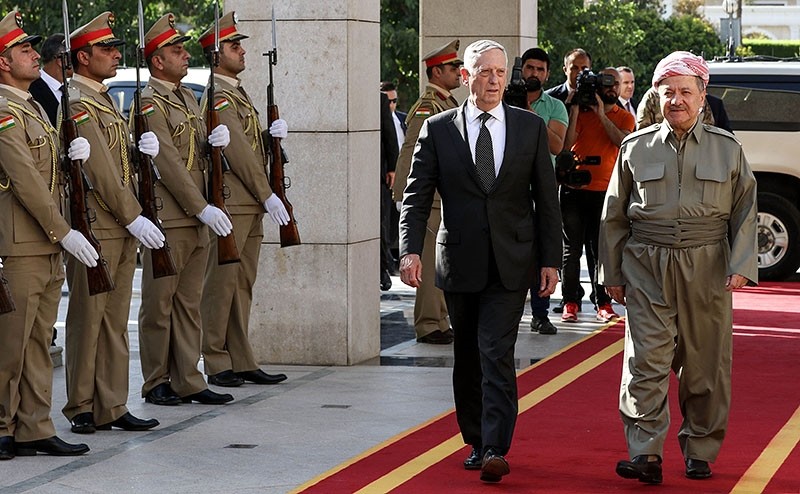 Mattis arrived in the Iraqi capital on Tuesday morning for an unannounced visit.

Mattis met with al-Abadi at the latter's Baghdad office where the two men discussed means of "enhancing bilateral cooperation in the fields of military training and armament and the war on terrorism," according to a statement issued by al-Abadi's office.

"The U.S. supports the maintenance of Iraq's unity and rejects any action aimed at dividing or destabilizing it," the statement quoted Mattis as saying.

From Baghdad, the U.S. defense secretary is expected to fly to Erbil, the administrative capital of northern Iraq's Kurdish regional administration.

On Sept. 25, residents of the region will take part in a popular referendum on whether or not to declare formal independence from the Iraqi state.

Baghdad rejects the planned poll, saying it could adversely affect the ongoing fight against Daesh, which -- despite a string of recent defeats -- still maintains a significant presence in Iraq.

The U.S. has also voiced concern that the referendum could serve as a "distraction" from other regional issues, especially the fight against terrorism and the political stabilization of post-Daesh Iraq.