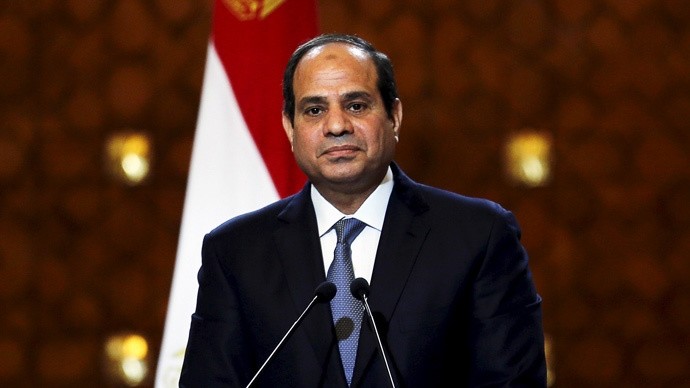 Abdelfettah Al-Sissi, the coup leader of Egypt, who later the became the president (Reuters Photo)
by reuters Aug 22, 2017 12:00 am

The United States has decided to deny Egypt $95.7 million in aid and to delay a further $195 million because of its failure to make progress on respecting human rights and democratic norms, two sources familiar with the matter said on Tuesday.

The decision reflects a U.S. desire to continue security cooperation as well as frustration with Cairo's stance on civil liberties, notably a new law that regulates non-governmental organizations that is widely seen as part a growing crackdown on dissent, said the sources who spoke on condition of anonymity.

Spokespeople for the White House and the State Department were not immediately available for comment.