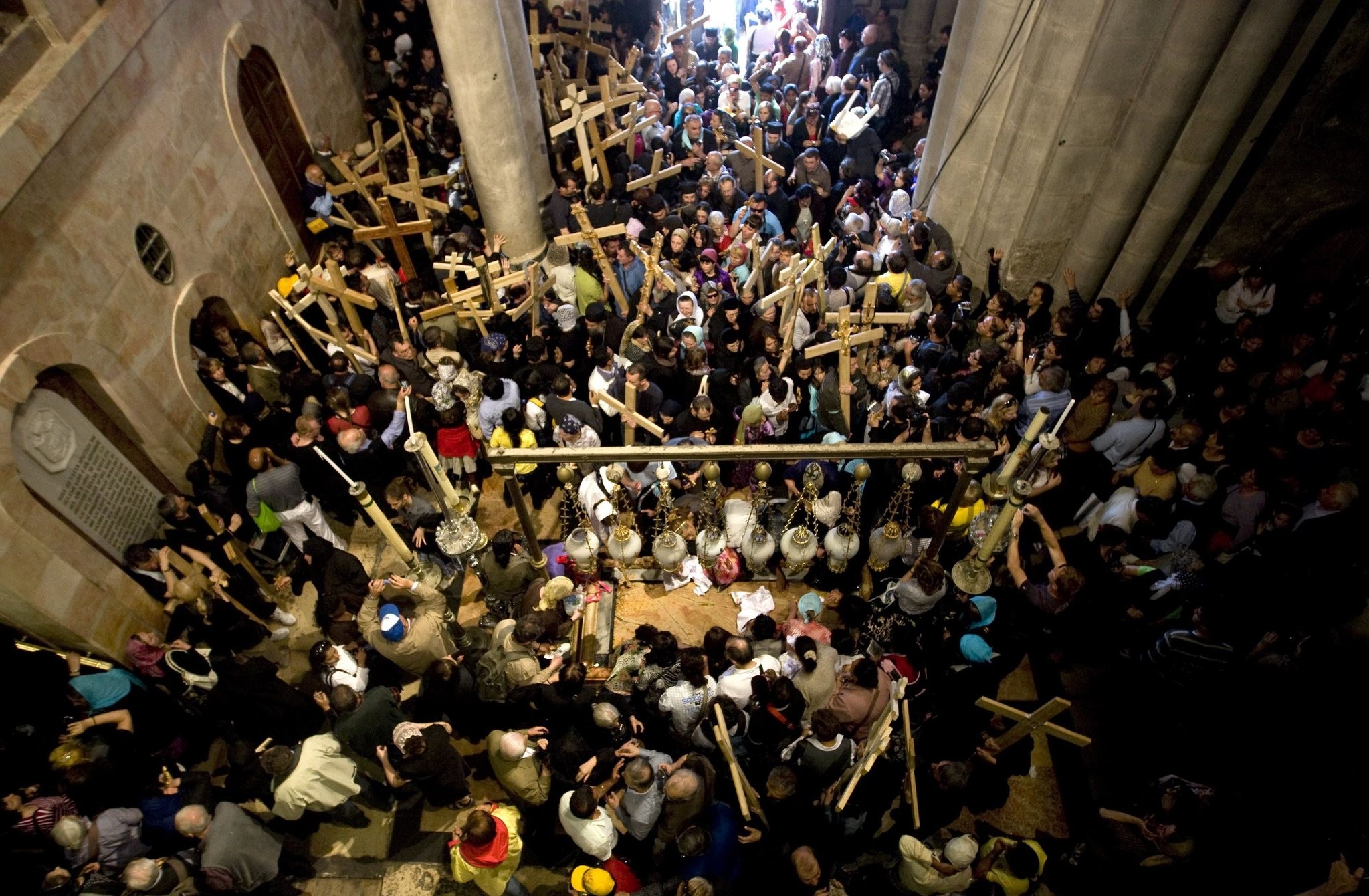 Christian worshipers walk the stone of atonement as they enter the Holy Sepluchre Church in Jerusalem's Old City during a Good Friday procession on April 2, 2010. (AFP Photo)
by Sep 05, 2017 12:00 am

The leading churches in Jerusalem issued a rare joint statement Tuesday condemning what they called "systematic" Israeli attempts to "weaken the Christian presence" in the city.

The statement, signed by the heads of the Catholic, Greek Orthodox, Armenian, Lutheran and other churches, condemned an Israeli court decision allowing a pro-settlement group to take control of church land in a mainly Palestinian area of annexed east Jerusalem, as well as a bill in the Israeli parliament relating to church land.

"We see in these actions a systematic attempt to undermine the integrity of the Holy City of Jerusalem and the Holy Land, and to weaken the Christian presence," the statement said.

The Greek Orthodox church has denied selling the land and called the ruling "politically motivated".

Separately a proposed bill in the Israeli parliament would transfer to the state all previously church-owned land that was sold to private investors, in exchange for compensation, Israeli media have reported.

The bill has yet to be passed but could damage future church property deals.

The statement said the two measures threatened a decades-old agreement between religions about the governing of sites in Jerusalem.

"We cannot stress strongly enough the very serious situation that this recent systematic assault on the status quo has had on the integrity of Jerusalem and on the well-being of the Christian communities of the Holy Land," it said.

They called for support from Christians across the world.