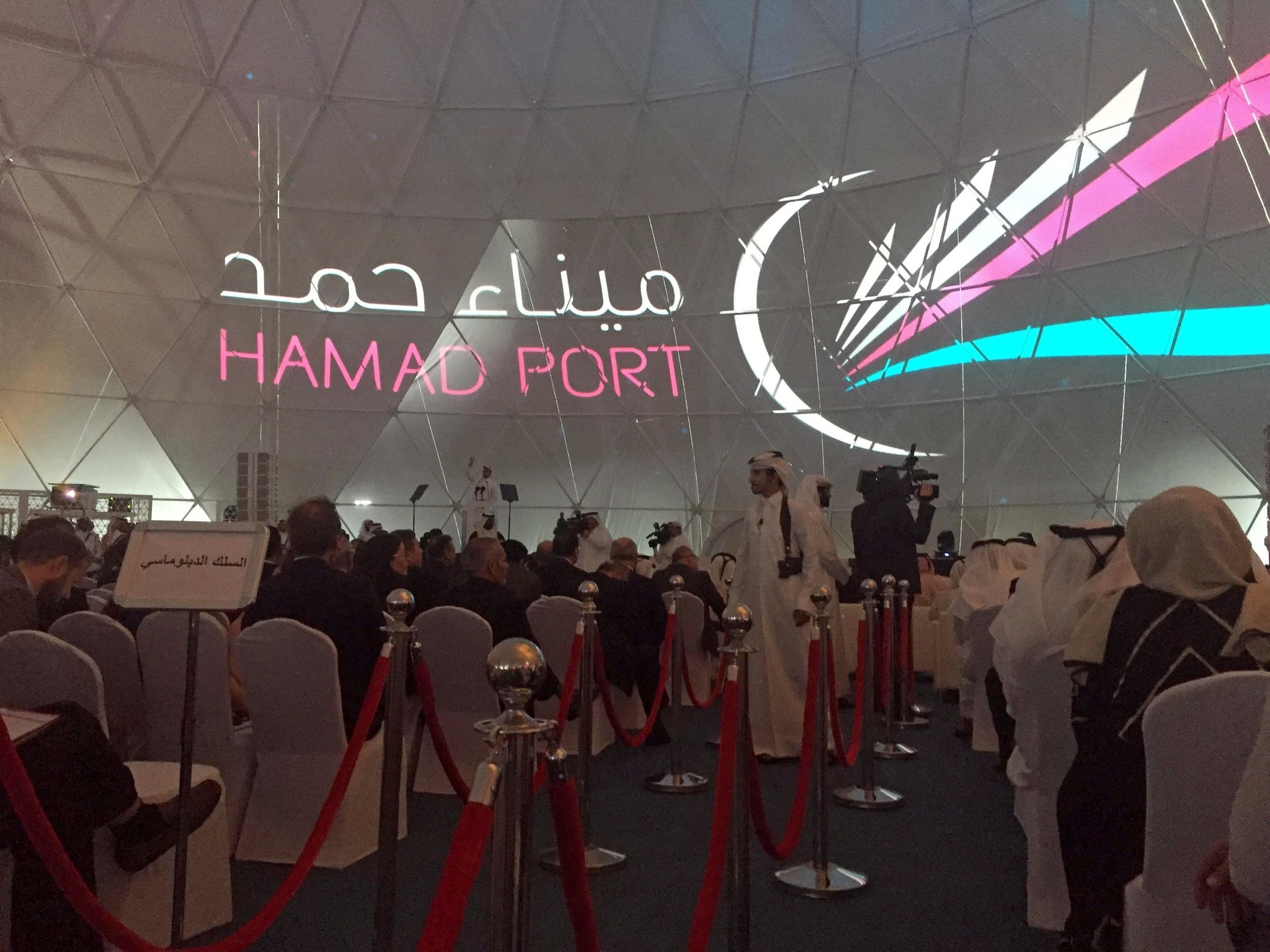 Qatar inaugurated a new $7.4 billion port along its Gulf coast on Tuesday that officials said would become a regional transport hub and help shield its economy against sanctions enforced by neighboring Arab states.

The Hamad port, 40km south of Doha, is one of the largest such facilities in the Middle East.

Since Saudi Arabia, Egypt, Bahrain and the United Arab Emirates (UAE) severed ties with Qatar in June, the port has been receiving large quantities of food and building materials for construction projects including stadiums for the 2022 soccer World Cup.

The isolation of Qatar over Doha's alleged support for militants has raised concerns that projects could be delayed if supplies from the Far East and South Asia are choked.

But officials on Tuesday said Hamad port would allow Qatar to get around the sanctions by importing goods directly from countries such as China and Oman instead of through a major re-export hub in Dubai.

"The port... will break the shackles of any restrictions imposed on our economy. We are not giving up on our hopes and ambitions," Qatari Transport Minister Jassim bin Saif al-Sulaiti said at a ceremony held in a dome-shaped tent on the docks of Hamad port.

Closure of the Saudi border with Qatar and disruption to shipping routes via the UAE slashed Qatar's imports by over a third from year-earlier levels in June and July. Institutions in Saudi Arabia, the UAE and Bahrain have begun pulling money out of Qatari banks, threatening their balance sheets.

Qatar has expanded shipping routes to India, Oman, Turkey and Pakistan and announced plans to raise its liquefied natural gas (LNG) output by 30 percent in an apparent effort to prepare for greater economic independence in the long term.

Hamad port spans 26 square kilometers and will have a capacity of 7.5 million containers a year with terminals built to receive livestock, cereals, vehicles and coastguard vessels, Sulaiti said.