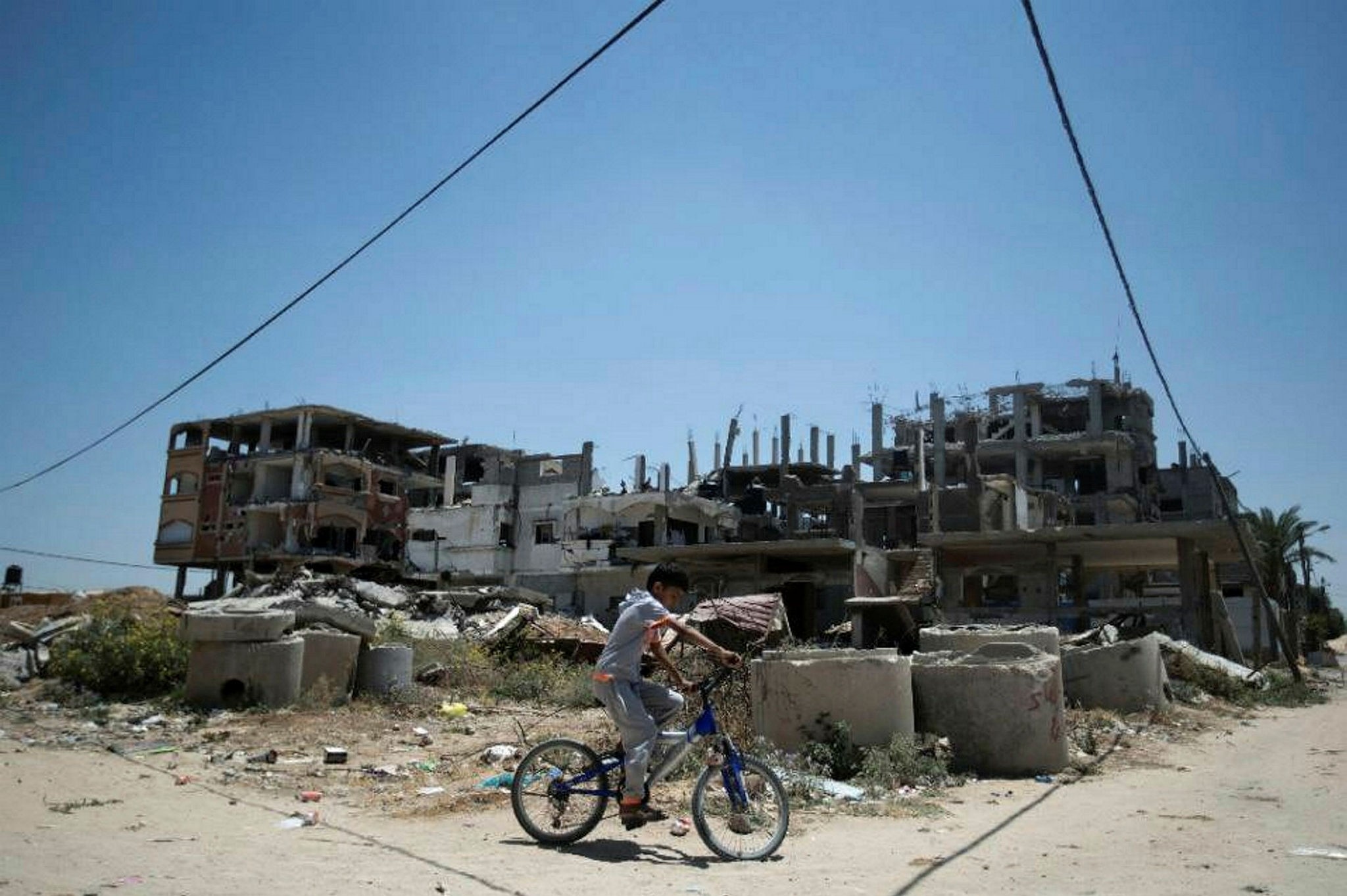 As Israel's 10-year blockade has brought Gaza to the brink of collapse, 1 million Gazan children have been reportedly suffering from dire living conditions amid an environmental and electricity crisis

One million children live in dire living conditions, an international charity group warned, as many celebrated Eid in the dark without electricity. The group stated that they are unable to sleep, study or play due to ongoing power shortages and breakdown of health and emergency services.

The charity group urged Israel to lift the Gaza blockade and for Palestinian and Israeli authorities to provide basic services to the residents of Gaza. The group also accused the international community of failing to react to the suffering of Palestinian children in Gaza.

A 2012 U.N. report predicted the Palestinian enclave would be "unlivable" by 2020 if nothing was done to ease the blockade. However, the charity group "considers Gaza to be unlivable now" for its 2 million people, with declining incomes, healthcare, education, electricity and fresh water.

After the 1967 war, Israel annexed East Jerusalem and deems the entire city to be its "indivisible and eternal capital", a status not recognized internationally. Israel pulled out of Gaza in 2005 and it is now ruled by Hamas. Egypt and Israel imposed a blockade on Gaza after the Hamas takeover that has crippled the local economy. In recent years, Egypt has also cracked down on the once-vibrant tunnel trade along the border. Israel began construction of an underground anti-tunnel barrier along the border last year.

Israel believes that Hamas uses these tunnels to smuggle necessary materials to make rockets. In the 50-day-long Israeli aggression on Gaza, leaving more than 2,000 dead, at least 10 rockets have been fired from Gaza and 12 Israeli soldiers were killed through the use of the tunnels. However, Israel has built the Iron Dome in order for capturing the primitively prepared rockets.

The built of the underground wall is expected to worsen the situation in the densely populated tiny city. Due to the lack of energy supply, people are predominantly relying on gasoline-fueled generators and solar panels to keep their refrigerators cool and to have access to hot water. Considering that oil prices are high due to the blockade, Gazan people are in a dire situation. Therefore, hundreds of people engaged in a protest against Israel and the Palestinian Authority (PA) as international rights groups warn that there might be a total collapse of basic services. With only three hours of electricity available per day, the U.N. warned that half of Gaza's population is in need of humanitarian aid.