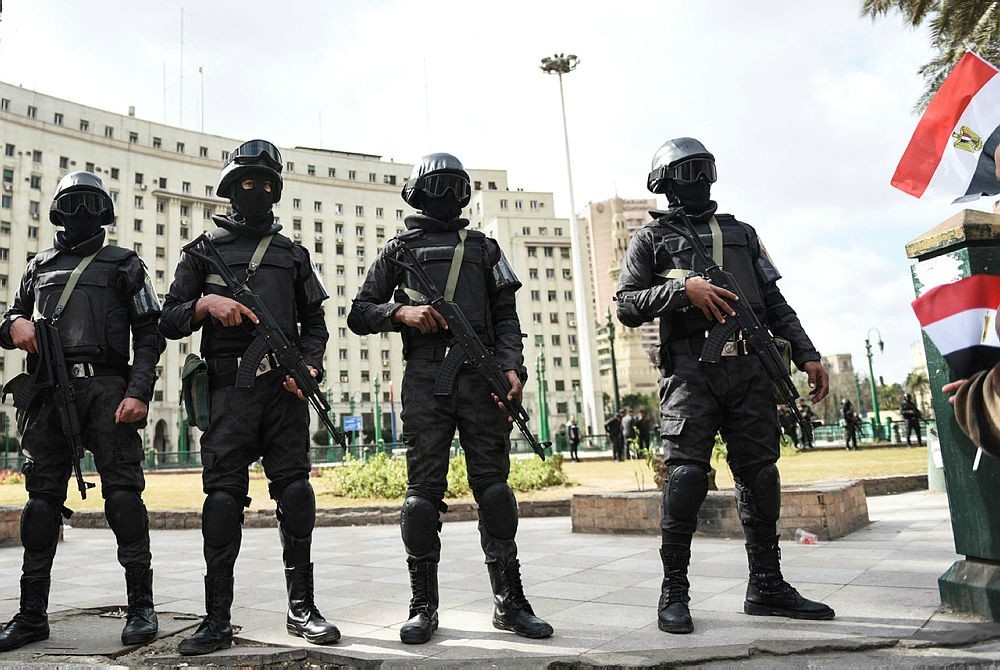 Egypt said police on Sunday killed 10 militants who sneaked into the capital from the northern part of the Sinai Peninsula, epicenter of an insurgency led by an affiliate of Daesh.

A statement by the Interior Ministry, which oversees security forces, said the militants were hiding in two apartments in the densely populated Ard el-Liwa neighborhood, where they held organizational meetings and planned a "series of terror attacks" in central provinces, a reference to Cairo and its twin city of Giza.

The presence of a cell of as many as 10 militants in a Cairo district not far from the heart of the city points to a determined effort by Daesh and other militant groups to stage deadly and potentially high-profile attacks in the national capital, which would shatter a fragile but relative sense of security in a city of some 20 million people.

The ministry's statement said police simultaneously raided the apartments at dawn. Militants in the first apartment opened fire on the raiding force and one of them tried to throw an explosive device at the police, but it killed him instead, it added. All eight militants in the apartment were killed, it said.

Raiding the second apartment, police again came under fire and a four-hour gun battle ensued, ending with the killing of two more militants. The gun battles at both apartments wounded five policemen, including two officers, as well as an officer from the domestic security agency and two criminal investigation personnel, according to the statement.

The statement did not say whether the militants belonged to Daesh. It also appeared to rule out they were members of Hasm, a breakaway faction of the Muslim Brotherhood group that has targeted police and army officers in Cairo over the past year in a series of brazen attacks.

Egyptian security officials had earlier said they were Hasm members.

The Interior Ministry statement said police found in the apartments automatic rifles and ammunition and identified six of the 10, whose ages ranged between 21 and 43. Two of the six were wanted on terror charges, it added. Efforts were under way to identify the remaining four, it said.

Egypt, the most populous Arab state, is fighting an insurgency led by a local Daesh affiliate based in northern Sinai Peninsula as well as Brotherhood factions like Hasm, which target members of the security forces in Cairo.

The government says that crushing the insurgency and reviving the country's battered economy are top priorities.