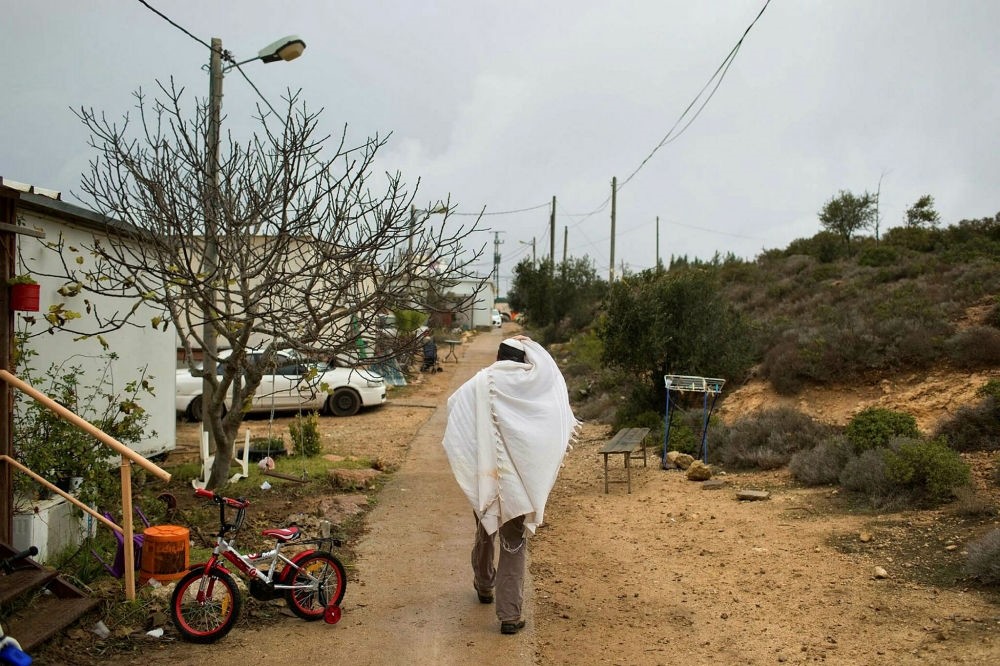 Israel evicted Jewish settlers from an unauthorized Amona outpost in the occupied West Bank in February.
by Daily Sabah with Wires Sep 12, 2017 12:00 am

Amid the continuing international condemnation, Israel is building an illegal settlement project in the occupied West Bank

Israel launched plans this week to build the settlement in Amichai on Palestinian land near the West Bank city of Nablus.

"Israel's persistence as an occupying power in its settlement expansion at the expense of Palestinian land is due to the weak international response and increases Palestinian frustration in reaching a political settlement to the conflict," it said.

The new settlement construction is the first government-sanctioned Jewish settlement built in the Palestinian territories in some 25 years. In July, Israel began work on the first new settlement in the West Bank in 25 years to house extremist settlers expelled from the illegal outpost of Amona in February.

Construction of settlements in the West Bank increased 70 percent in the 12 months to March, according to data from Israel's central bureau of statistics. The numbers do not include annexed East Jerusalem.

Israeli Prime Minister Benjamin Netanyahu said in August that his government had done more than all its predecessors to boost settlement, prompting the Palestinian presidency to denounce Israeli "provocations." He spoke as he laid the foundation stone for a new neighborhood in Beitar Illit, the Israeli-occupied West Bank's biggest settlement with a population of 50,000 ultra-Orthodox Jews.

"No other government has done as much for settlement in the land of Israel as the government I lead," he said.

In December, the United Nations Security Council declared all such settlements to be illegal after former U.S. President Barack Obama decided not to veto its resolution. Since President Donald Trump came to power, however, Washington has remained largely quiet while Israel has announced thousands of new settlement homes.

Israel advanced plans for a further 1,500 settler homes in the occupied West Bank. The announcement came after the United Nations' latest call on Israel to pull out of territories captured in the 1967 war.

After the 1967 Eight-Day War, Israel annexed East Jerusalem and deems the entire city its "indivisible and eternal capital," a status not recognized internationally. Israel pulled out of Gaza in 2005 and it is now ruled by Hamas.