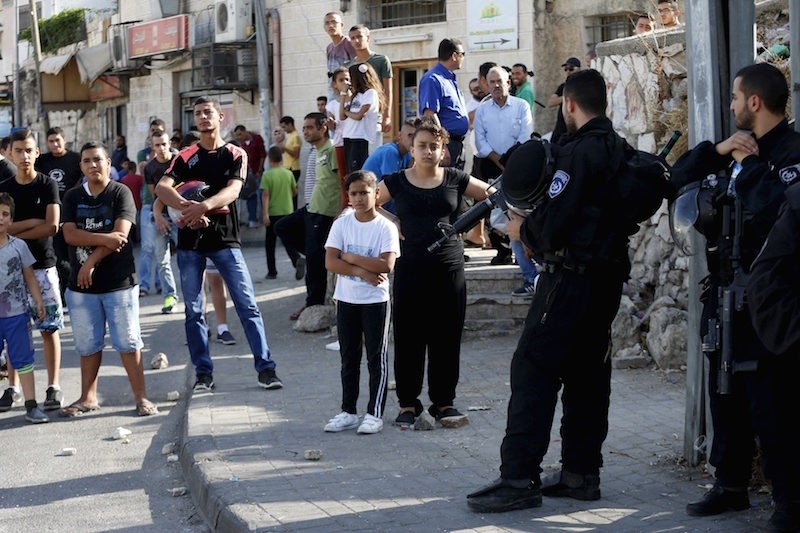 Throughout the month of August, Israeli forces arrested 522 Palestinians, including 130 children, according to a Palestinian human rights organization reported on Thursday.

The scores of minors, as well as 16 women, were arrested across the occupied West Bank, the Gaza Strip and Jerusalem, a report jointly issued by the Palestinian Prisoners Club, Al-Mezan Centre for Human Rights, the Prisoner Support and Human Rights Association (Addameer) and the Commission of Detainees and Ex-Detainees Affairs (CDA) said.

Since the beginning of 2017, nearly 3,800 Palestinians have been arrested and 6,400 Palestinian prisoners are currently being held in Israeli jails. This number includes MPs, women and children.

The Israeli army frequently carries out sweeping arrest campaigns in the occupied territories that ostensibly target Palestinians who are "wanted" by the Israeli occupation authorities.

Around 6,400 Palestinians are currently languishing in prisons throughout the Jewish state, according to the Palestinian Ministry of Prisoners' Affairs.