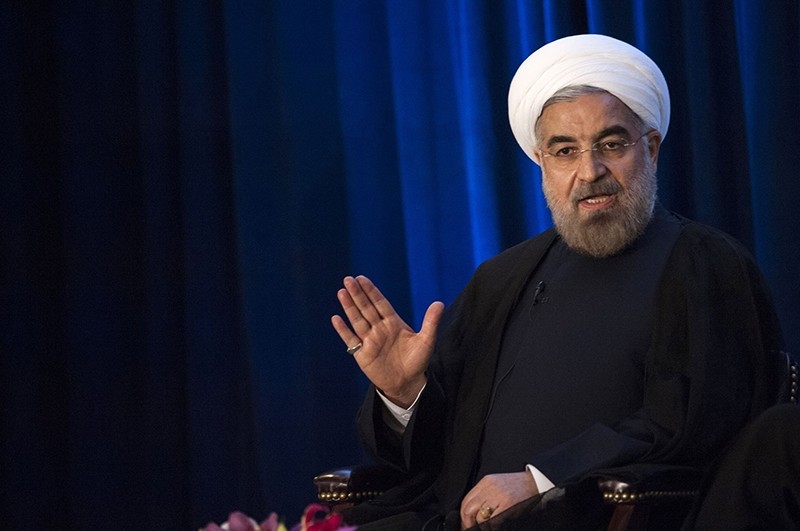 Iran's president says he is "inviting" the U.S. to dinner as he heads to New York for the U.N General Assembly.

President Hassan Rouhani used an analogy of a dinner party on Sunday to describe how countries are benefiting from the 2015 nuclear deal.

Rouhani described the Americans as "sitting in another room" at the party.

Rouhani said: "They can adopt a new path and come to the room where the dinner table is. That's alright in our opinion. If they change their bad temper they can enjoy the dinner table."

The nuclear deal under former President Barack Obama saw Iran limit its enrichment of uranium in exchange for the lifting of economic sanctions. President Donald Trump has said he wants to renegotiate it.