Israel and US inaugurate first American military base in Israel 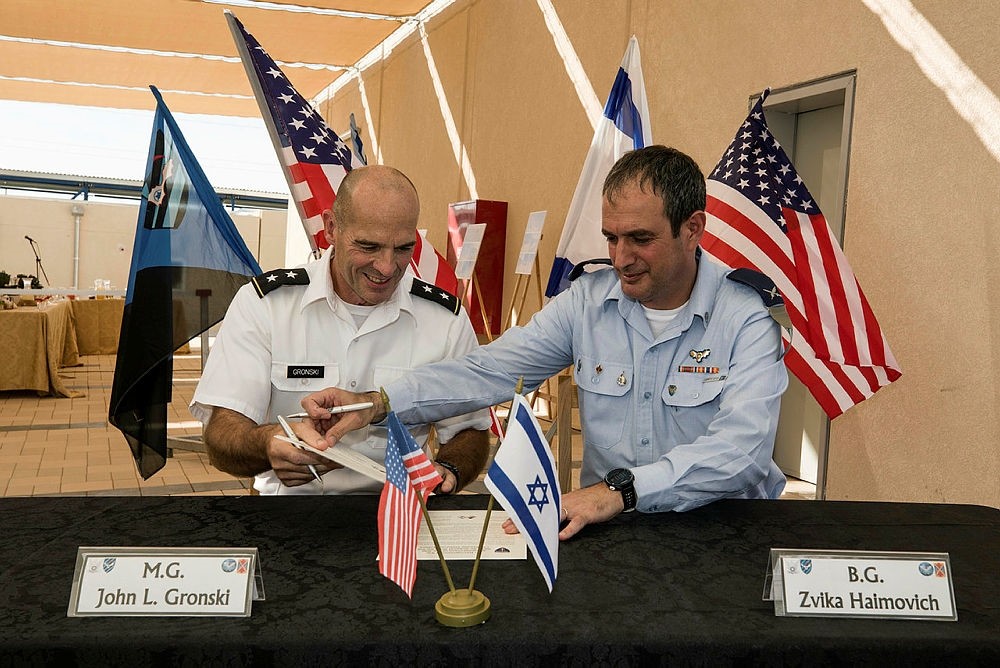 Israel and the U.S. inaugurated the first American military base in Israel on Monday, which will serve dozens of soldiers operating a missile defense system.

The move comes at a time of growing Israeli concerns about archenemy Iran's development of long-range missiles. Together with the U.S., Israel has developed a multilayered system of defenses against everything from long-range guided missile attacks from Iran to crude rockets fired from Lebanon and the Gaza Strip.

The base's opening is largely symbolic and isn't expected to bring operational changes. But the Israeli military says that along with other measures, it sends a message of readiness to Israel's enemies.

The base is located within an existing Israeli air force base and will operate under Israeli military directives.

Israeli and U.S. military officials cut a ribbon at the base Monday, where the American and Israeli flags flew side by side and soldiers from both countries commingled.

Israel's multi-tier missile defense system includes the Arrow, designed to intercept long-range ballistic missiles in the stratosphere with an eye on Iran, and Iron Dome, which defends against short-range rockets from the Gaza Strip. David's Sling is meant to counter the type of medium-range missiles possessed by Iranian-backed Hezbollah militants.

Israel considers Iran to be its greatest threat, citing the country's nuclear ambitions, its development of long-term missiles, hostile anti-Israel rhetoric and support for anti-Israel militant groups. Israel has grown increasingly concerned about Iran's involvement in the civil war in neighboring Syria, where its troops are supporting President Bashar Assad.