US will pay 'high cost' if it scraps Obama-era Iran deal, Rouhani says 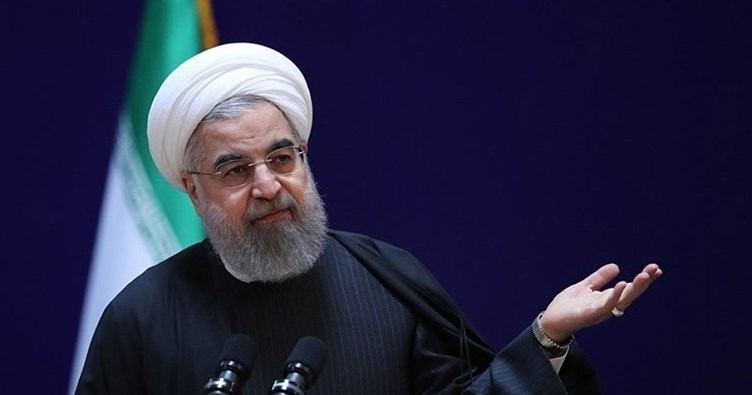 US will pay 'high cost' if it scraps Obama-era Iran deal, Rouhani says

The U.S. will pay a "high cost" if it decides to scrap the landmark nuclear deal between Tehran and world powers, Iran's president said Monday.

Such a decision "will yield no results for the United States but at the same time it will generally decrease and cut away and chip away at international trust placed in the Unites States of America," Hassan Rouhani said during an exclusive interview with CNN.

The Trump administration decided last week to extend sanctions relief on Iran in line with Washington's obligations under the accord for a second time since President Donald Trump took office. But the administration stressed at the time that the decision is not indicative of U.S. policy on the Joint Comprehensive Plan of Action (JCPOA).

Trump has repeatedly cast the agreement as one of the worst deals ever brokered and has threatened to nix it.

He is expected to announce whether he will keep the U.S. in the 2015 agreement in October when the U.S. would have to again recertify Iran is in compliance with the international agreement.

Should Trump decide not to recertify Iran's compliance, Congress would have 60 days to determine whether to reimpose U.S. sanctions that were lifted as part of the agreement.

But such a move could isolate Washington.

None of its negotiating partners, which include close European allies, desire to see the agreement scrapped, and its curbs on Iran's nuclear program. And reimposing sanctions would likely force the U.S. into the awkward position of having to impose economic penalties on its allies that would be unlikely to impose sanctions of their own.

Iran is prepared to react should Trump decide to pull the U.S. out of the agreement, Rouhani said.

"Given that Mr. Trump's actions and reactions and policies are somewhat unpredictable, we have thought long and hard about our reactions," said Rouhani.