Iraq closes borders with KRG in response to referendum 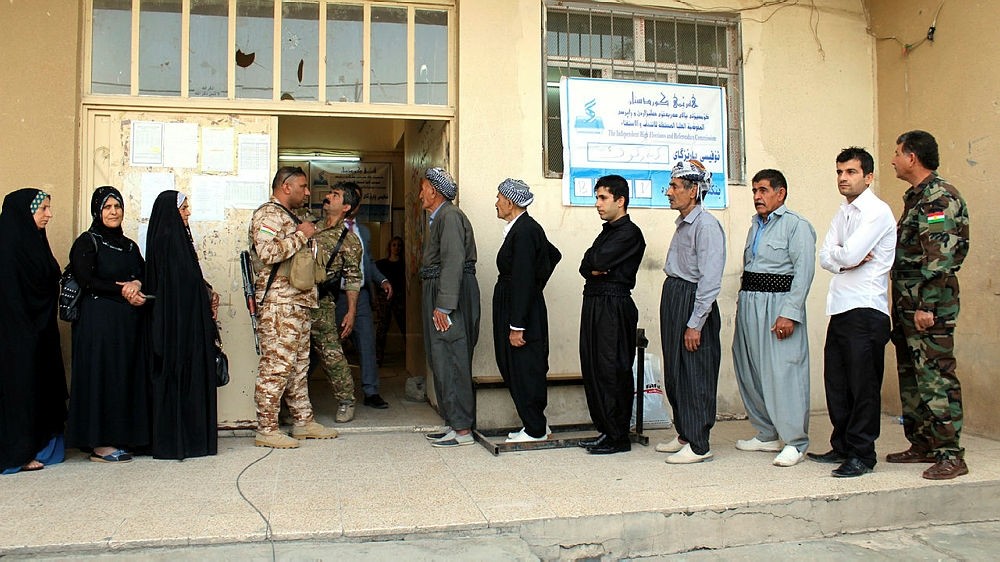 Iraqi Kurdish people wait in a queue to cast their votes for the KRG independence referendum in the ethnically-mixed city of Kirkuk, northern Iraq, 25 September 2017. (EPA Photo)
by Daily Sabah with Agencies Sep 25, 2017 12:00 am

Iraqi central government Monday closed down border crossings into the Kurdish Regional Government (KRG) in response to a referendum on independence.

The Iraqi Parliament voted in favor of closing down all the border crossings into the Kurdish region.

Iran's foreign ministry said Monday that its border with Iraqi Kurdistan remained open despite its independence referendum, reversing an earlier statement that it closed its land borders at the request of Iraqi government.

Ministry spokesperson Ghasemi told reporters that the vote could "lead to developments and happenings that could affect all people of the region and especially Kurdish people."

Ghasemi reiterated that Iran supports the "territorial integrity and democratic process" in Iraq.

Since Sunday, Iran's powerful Revolutionary Guard has been having a military exercise in its northwestern Kurdish region bordering Iraq in a sign of Tehran's concerns over the vote.