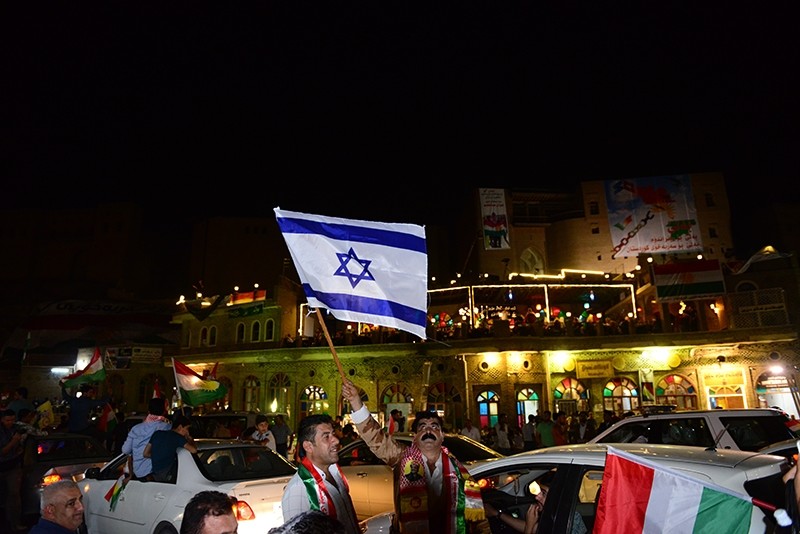 Thousands of Kurdish people in favor of Kurdistan Regional Government (KRG)'s independence referendum have taken to the streets in Irbil, including some waving Israeli flags to celebrate, even though results of the disputed referendum have not been announced yet.

While some residents set off fireworks, others were seen dancing in front of the citadel, and others were going around the city in motorcades, Anadolu Agency reported. 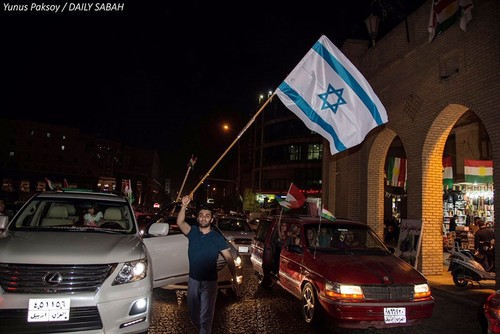 Photos taken in Irbil showed some residents waving Israeli flags during the celebrations. Israeli Prime Minister Benjamin Netanyahu was the only leader in the region to endorse the controversial referendum while Turkey, Iraq and Iran all said they opposed the vote, which would bring instability to the region and divide Iraq, with the Iraqi central government calling it "unconstitutional."

Also on Monday, Turkey and Iraq announced that they will be holding joint military drills at the border.