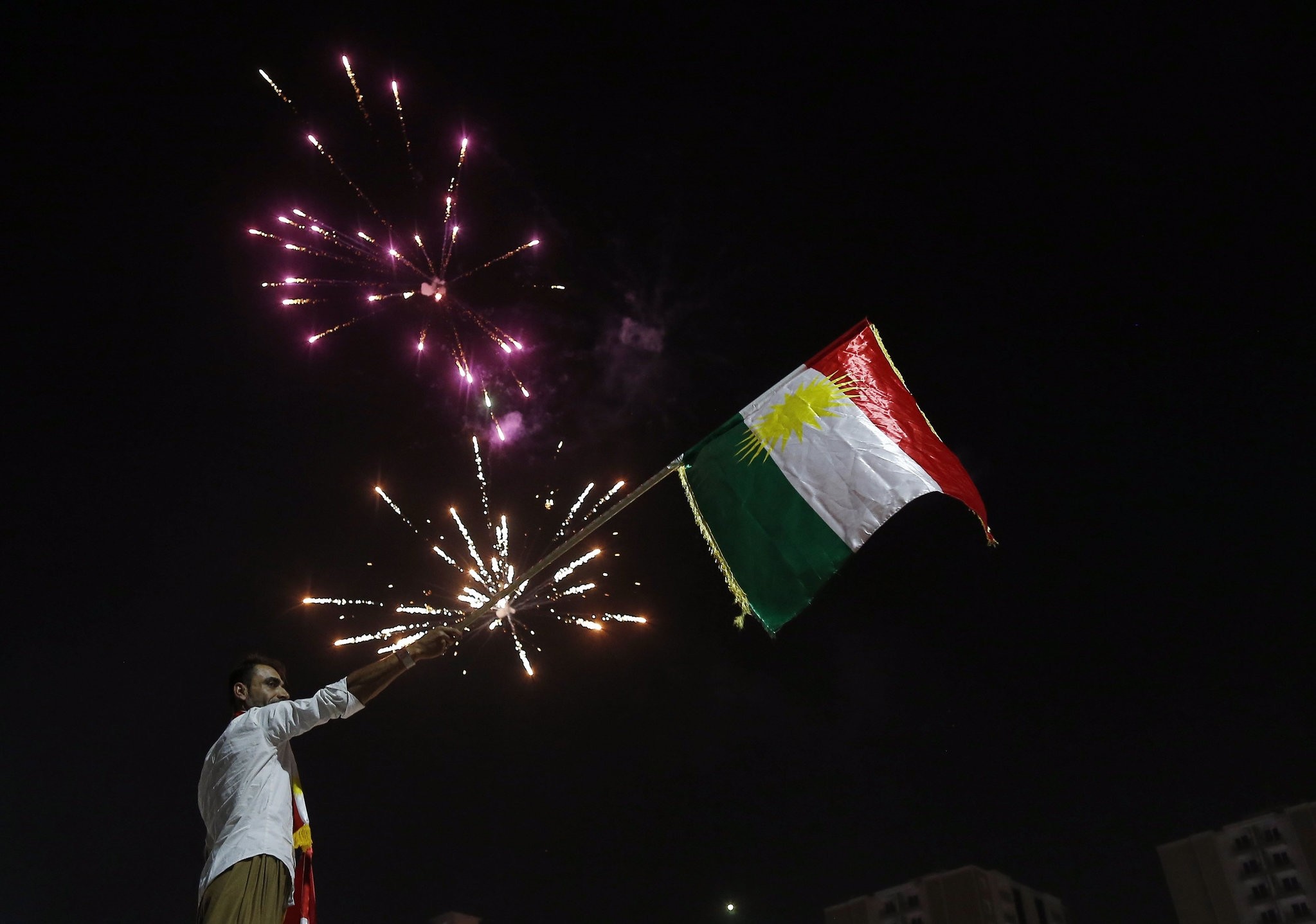 Iraq's Kurds have voted to create an independent state, the High Elections and Referendum Commission said on Wednesday, in a referendum that has angered the Baghdad government, the EU and regional powers Turkey and Iran.

Electoral commission officials told a news conference in the regional capital Irbil that 92.73 percent of the 3,305,925 people who cast ballots voted "yes" in Monday's referendum, which had a turnout of 72.61 percent.

But Iraqi Prime Minister Haider al-Abadi told lawmakers on Wednesday there was no question of using its results as the basis for talks.

"The referendum must be annulled and dialogue initiated in the framework of the constitution. We will never hold talks based on the results of the referendum," Abadi said.

"We will impose Iraqi law in the entire region of Kurdistan under the constitution," he said.

In a televised address late on Tuesday, Barzani had urged Abadi "not to close the door to dialogue because it is dialogue that will solve problems".

"We assure the international community of our willingness to engage in dialogue with Baghdad," he said, insisting the referendum was not meant "to delimit the border (between Kurdistan and Iraq), nor to impose it de facto."

The KRG, led by Masoud Barzani, held a controversial independence referendum Monday, despite widespread criticism from regional powers, the Iraqi central government, the U.S., the U.K. and the EU. Leaders who oppose the KRG referendum argue that Iraq's territorial integrity must be protected and that focus should be honed on the fight against Daesh, arguing that an Iraqi Kurdistan would compromise the stability of a unified Iraq and bring further chaos and conflict to a region already reeling from instability, civil war and political turmoil. The only country supporting the KRG vote has been Israel.

Barzani's opponents have accused him of seeking to give himself increased powers through the vote, saying he should have accepted a UN-backed plan to postpone the referendum in favor of negotiations with Baghdad.

Reiterating Ankara's strong opposition to Irbil's insistence on independence, President Recep Tayyip Erdoğan on Tuesday warned the KRG that its independence aims could result in long-term political, economic, commercial and security steps that would put the KRG in a helpless situation.

Ankara has recently been in close contact with Baghdad and Tehran over the KRG referendum regarding what measures will be taken. In addition, Ankara has called on the Barzani to give up on independence, claiming those efforts could drag the region into further chaos and conflict. Ankara also considers the KRG independence move to be a national security threat for Turkey.