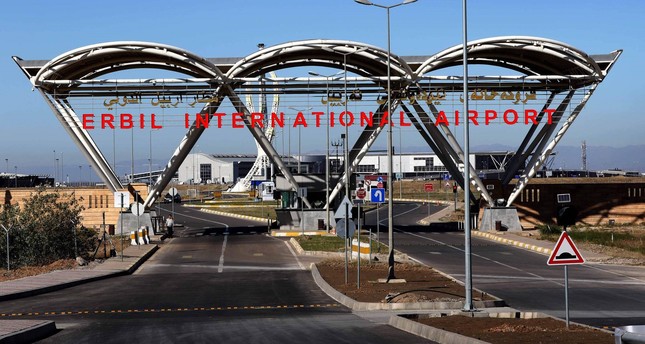 All foreign flights to the Kurdish Regional Government (KRG) capital Irbil to end Friday, the airport chief said Thursday as tension continues to run high in the region over a controversial independence referendum held by the regional government Sunday.

Following the KRG's refusal to do so, Iraq's Transport Ministry ordered international airlines to halt all services to Irbil and Sulaimaniyah beginning Friday evening.

On Wednesday, the Turkish consulate in Irbil announced that flights from Turkey to northern Iraq would be suspended as of 06.00 p.m. local time on Friday.

Turkish foreign ministry released a statement Thursday and urged its citizens in KRG provinces to return to Turkey before the flights are halted.

In a statement posted on Twitter, the consulate said Iraq's Civil Aviation Authority had announced the suspension of flights to and from Irbil, the administrative capital of northern Iraq's Kurdish region, as well as Sulaymaniyah as of Sept. 29.

"In this case, it will not be possible for Turkish Airlines, AtlasGlobal, or Pegasus [airlines] to carry out mutual flights from our country to Irbil or Sulaymaniyah" as of Sept. 29, the statement read.

Egypt's national air carrier also announced that as of Friday, it would suspend all flights to Irbil.

Lebanon's Middle East Airlines, too, announced plans to halt all flights -- also starting Friday -- both to and from northern Iraq's Kurdish region.

Qatar Airways also said Thursday that it is cancelling flights from Sept 29 to Oct 1 at the request of Iraq's Civil Aviation Authority.

The flights to and from Erbil and Sulaymaniyah have been cancelled after Iraqi authorities said all international air traffic would be suspended from Friday to those airports, the Qatar Airways statement said.

Monday's controversial referendum faced opposition from most international actors-including Turkey, the U.S., Iran, and the U.N. -- many warning that the poll would further destabilize the region and distract from the ongoing fight against Daesh.