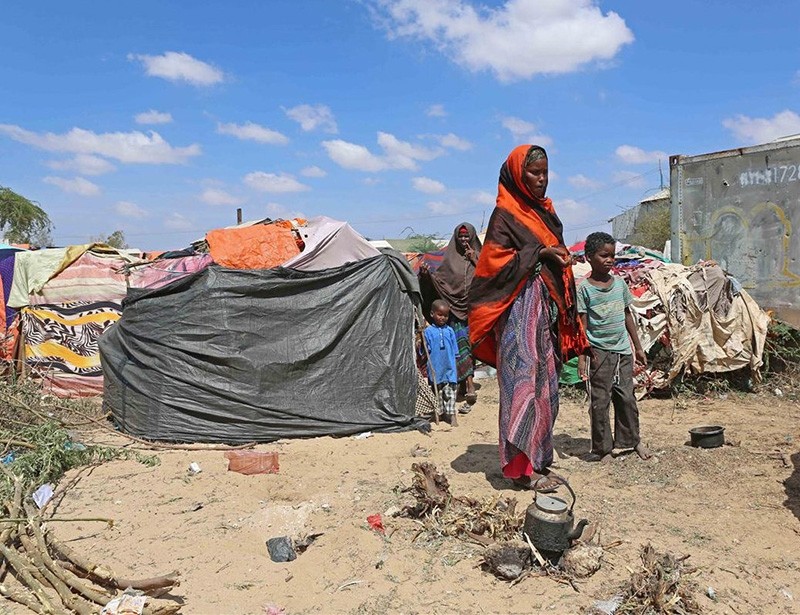 Somali refugees are fleeing war, cholera and hunger in Yemen, the United Nations said Thursday, with 10,000 expected to return home to a country they escaped over conflict and poverty.

Somalis make up 91 percent of refugees and asylum seekers in Yemen, with the United Nations reporting some 256,000 Somalis based in camps in the war-torn country.

Thousands have headed to Yemen since the start of 2017, despite a conflict in the Arabian Peninsula country that has killed thousands and a cholera outbreak threatening nearly one million people.

But up to 10,000 Somali refugees are now trying to flee Yemen, the UN refugee agency UNHCR said.

Two boats chartered by UNHCR and the UN migration agency IOM have already left Yemen's port of Aden for the Somali port of Berbera, most recently on Sunday.

A third vessel may also depart later this month, UNHCR said, on a journey of 16 to 18 hours.

"This is an ongoing process and full funding to support the process is yet to be received. So the return program will continue over 2018 as well," she told AFP.

While Somali refugees in Yemen largely hail from southern Somalia and the northwestern region of Woqooyi Galbeed, most returnees are heading to the capital Mogadishu, the target of a deadly bombing last month.

Access to food, shelter and medicine remains a challenge in Somalia, which has been torn by decades of conflict and ranks second on the 2017 fragile states index.

Since 2007, Shabaab jihadists have been fighting to overthrow the African country's internationally backed government, repeatedly attacking both civilian and military targets.

The Yemen conflict has claimed the lives of more than 8,500 people since 2015, when an Arab military coalition led by Saudi Arabia joined the government's fight against a rebel alliance.

The war has pushed 17 million people to the brink of famine, in what the United Nations this year called the "largest humanitarian crisis in the world".

Yemen is also facing port and airport blockades and a cholera outbreak that the International Committee of the Red Cross estimates has killed more than 2,100 people since April.

IOM estimates around 55,000 migrants have left the Horn of Africa headed for Yemen since the start of the year, many of them from Somalia.

In August, at least 56 Somali and Ethiopian migrants drowned when a human smuggler forced them into choppy Arabian Sea waters before reaching the Yemen coast.