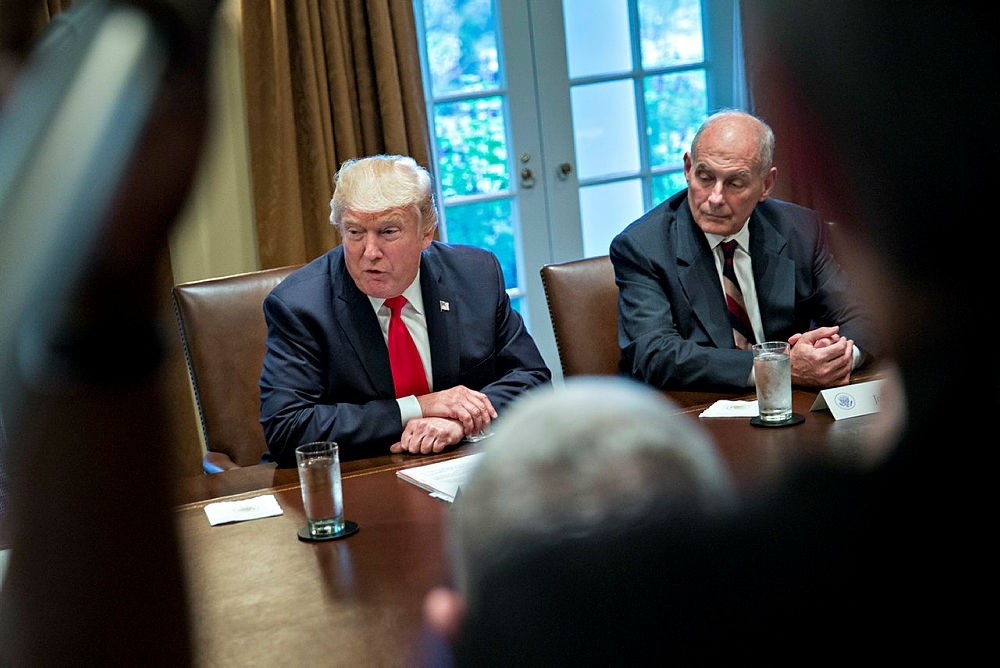 Trump will argue that the agreement is not in the interest of the United States, the Washington Post reported, quoting four people close to the president.

The New York Times also said Trump plans to decertify the accord but leave it in force and make Congress decide whether to reimpose punitive sanctions, quoting people briefed on the matter.

Resumed sanctions could derail the accord negotiated with Tehran by Obama and other major world powers.

Decertification would allow Trump to argue that he has rejected the accord as pledged but not completely ignored senior advisers and lawmakers who say the accord should stand.

Trump on Thursday criticized Iran's behavior with regard to the 2015 pact.

"They have not lived up to the spirit of the agreement," said Trump, as he huddled with military leaders ahead of perhaps the biggest foreign policy decision of his young presidency.

"The Iranian regime supports terrorism and exports violence and chaos across the Middle East," Trump said in the Cabinet Room.

"That is why we must put an end to Iran's continued aggression and nuclear ambitions" he said. "You will be hearing about Iran very shortly."

Trump must tell Congress by October 15 whether he believes Iran is in compliance with the agreement.

He may well fly in the face of advice from some of his closest advisors, declaring Iran is not in compliance and leaving the pact's fate in the hands of the Republican-controlled Congress.

Ahead of that deadline, several officials familiar with White House deliberations told AFP Trump has made it clear he does not want to certify Iran's compliance. But a formal decision has yet to be made.

Nuclear disarmament group ICAN won the Nobel Peace Prize on Friday for its decade-long campaign to rid the world of the atomic bomb as nuclear-fuelled crises swirl over North Korea and Iran.