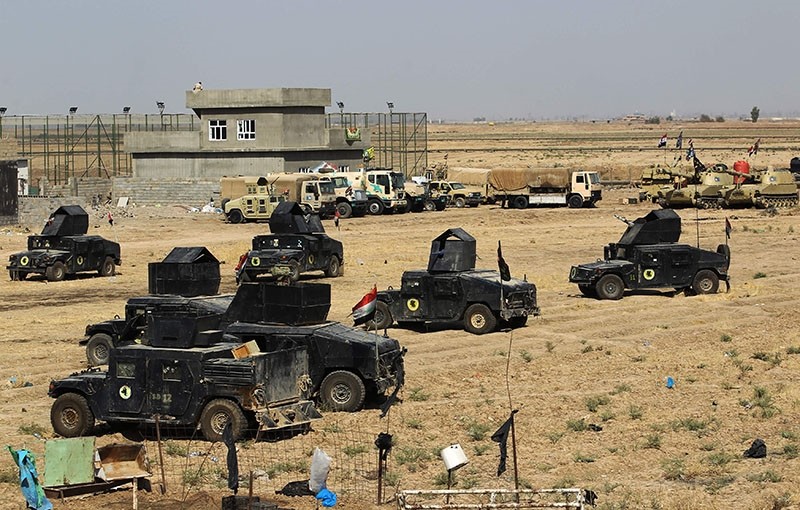 The Pentagon urged Iraqi and Kurdistan Regional Government (KRG) forces Sunday to "avoid escalatory actions" and to turn to dialogue to defuse tensions and resolve their differences.

"We oppose violence from any party, and urge against destabilizing actions that distract from the fight against ISIS [Daesh] and further undermine Iraq's stability," Pentagon spokeswoman Laura Seal said when asked about an Iraqi state TV report that Iraqi forces had taken control of parts of the oil-rich Kirkuk region without opposition from peshmerga fighters.

"We continue to support a unified Iraq," she said. "Despite the Kurdistan Regional Government's unfortunate decision to pursue a unilateral referendum, dialogue remains the best option to defuse ongoing tensions and longstanding issues, in accordance with the Iraqi constitution."

She also called on "all actors" in the region to focus on the common threat of Daesh and avoid stoking tensions among the Iraqi people. Iraqi and peshmerga forces have both been trained and armed by the United States.

KRG officials said early Monday that federal forces and state-backed militias have launched a "major, multi-pronged" attack aimed at retaking the disputed northern city of Kirkuk, causing "lots of casualties" in fighting south of the city.