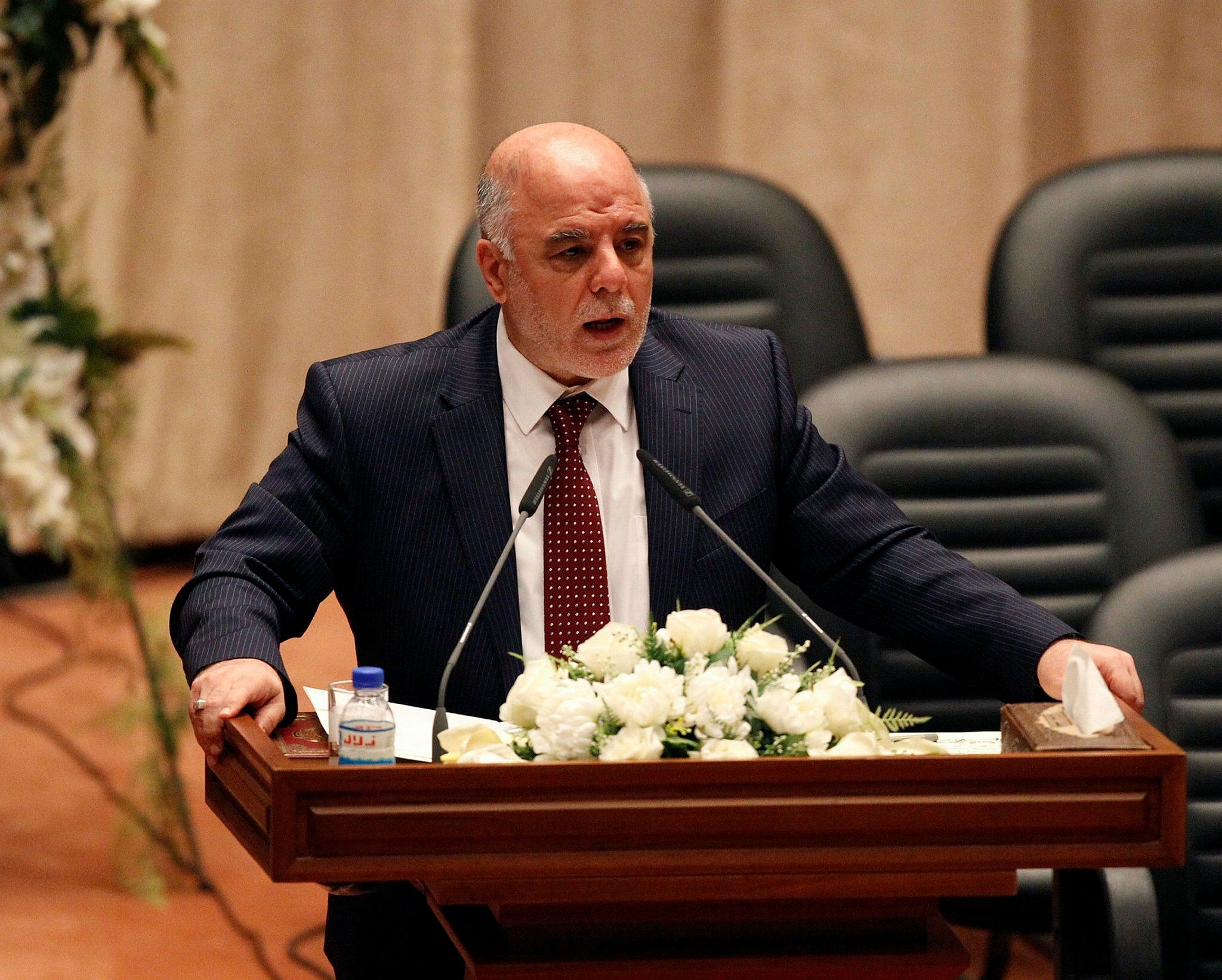 Iraqi Prime Minister Haider al-Abadi said on Tuesday the Kurdish independence referendum held last month in northern Iraq had become "a thing of the past" and that it was time for central authority to be established 'everywhere in Iraq'.

Addressing a news conference in Baghdad, he called for a dialogue with the Kurdish leadership and said he wanted a "national partnership, based on the constitution."

"Central authority must be imposed everywhere in Iraq," Abadi said, reiterating that he would not start a civil war.

"I want to be fair with all citizens," he added, in an implicit warning against the Kurdistan Regional Government (KRG) over its autonomous status.

Iraqi forces took control of nearly all the oil fields in the disputed northern province of Kirkuk on Tuesday, dashing KRG's hopes of creating a viable independent state.

The KRG's peshmerga forces withdrew without a fight after federal government troops and militia entered the city of Kirkuk and seized the provincial governor's office and key military bases in response to a vote for independence last month.

The oil fields accounted for more than 400,000 of the 650,000 barrels per day that the autonomous region used to export in defiance of Baghdad.

Their loss deals a huge blow to its already dire finances and its dreams of economic self-sufficiency.

On Tuesday morning, Iraqi forces took down the KRG flags that had flown over the pumping stations of the Bai Hassan and Havana oil fields and raised the national flag, an AFP photographer said.

The last Kirkuk oil field still in KRG hands is the smaller Khurmala field, south of Irbil, which produces around 10,000 barrels per day.

Oil exports through Turkey -- both from Kirkuk and from within the Kurdish autonomous region -- make up a major portion of the autonomous Kurdish government's revenues.

Baghdad views them as a breach of the constitution, under which they are a federal responsibility.