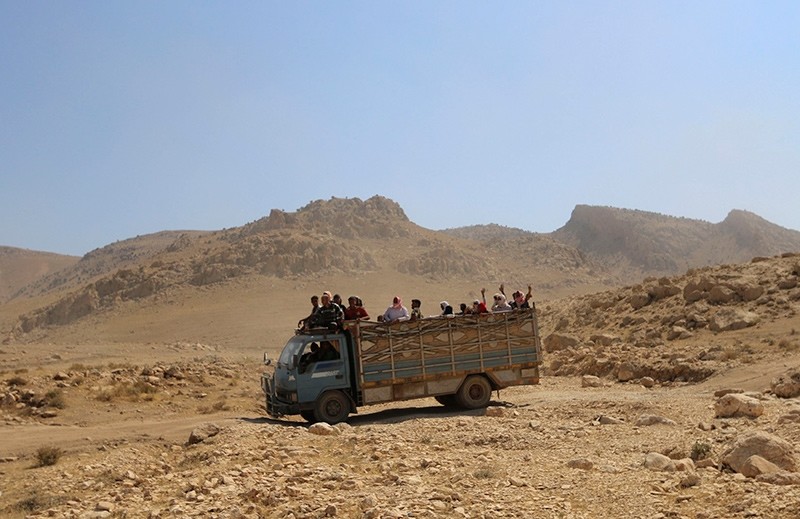 Displaced people from the Yazidi religious minority, fleeing violence from forces loyal to Daesh in Sinjar town, ride on a truck as they are evacuated from Mount Sinjar in northern Iraq, August 2014 (Reuters File Photo)
by Compiled from Wire Services Oct 17, 2017 12:00 am

He said Peshmerga troops had pulled out from all government buildings in Sinjar without confrontation.

On Monday, Iraqi forces seized full control of the oil-rich city of Kirkuk amid tension between Baghdad and Erbil over last month's illegitimate referendum on Kurdish independence.

The vote had faced strong opposition from most regional and international actors, including the U.S., Turkey and Iran, who warned that the poll would distract from Iraq's fight against terrorism and further destabilize the region.

The northwestern town is infamous as the site of one of Daesh terrorist group's worst atrocities when it killed thousands of Yazidi men and abducted hundreds of women as sex slaves in 2014, prompting an exodus into the mountains that helped trigger U.S. intervention.