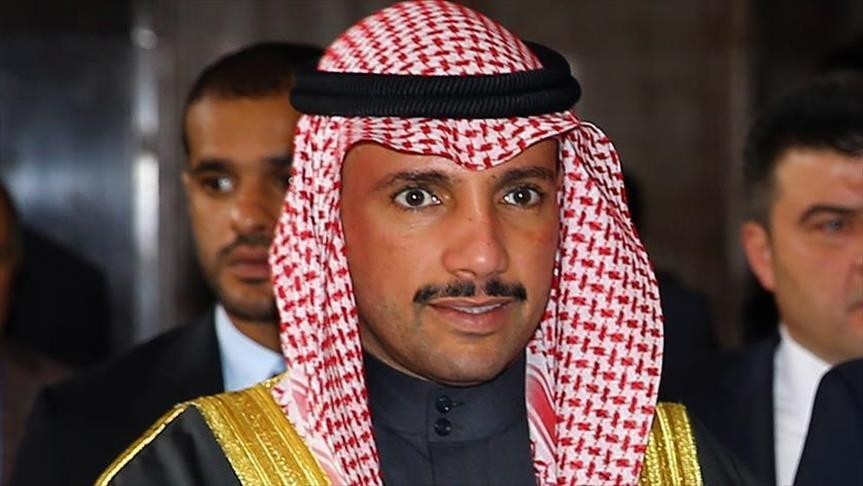 Harsh criticisms publicly leveled at Israel by Kuwait's parliament speaker at a high-profile meeting in St. Petersburg have drawn wide praise on Arab social media, with many commentators saying such criticisms were long overdue.

At the conclusion of a meeting of the Inter-Parliamentary Union (IPU), which wrapped up Wednesday evening in St. Petersburg, Kuwaiti Parliament Speaker Marzouq al-Ghanim slammed Nachman Shai, the head of an Israeli delegation.

According to Palestinian figures, a total of 13 Palestinian MPs – mostly from Gaza-based Hamas – are currently languishing in Israeli prisons.

The Israeli delegation's objection to the report, which was prepared and presented by the IPU's human rights committee, was met by anger from al-Ghanim, who responded by calling Shai an "occupier" and "child killer", according to Kuwait's state news agency.

"The words uttered by this rapacious country's ( Israel's) representative bring to mind the well-known proverb: 'If you have no shame, do what you want'," al-Ghanim said.

He also said Shai and his delegation represented "the world's most dangerous kind of terrorism – state terrorism".

Surprising many fellow attendees, he went on to tell Shai: "You should pack your bags and leave this chamber after seeing the reaction [to Israeli actions] from the honorable parliaments of the world."

Immediately after the Kuwaiti parliamentarian spoke, the Israeli delegation exited the conference hall.

Prominent Egyptian writer Mohammed al-Gawadi, for his part, tweeted: "Al-Ghanim delivered a message to [Israeli Prime Minister Benjamin] Netanyahu that he [Netanyahu] is deluding himself when he talks about normalizing relations with the Arab world."

The IPU was established in 1889 as a global inter-parliamentary institution. Its members currently include members drawn from 173 legislative assemblies around the world.

Aside from Egypt and Jordan, which signed peace deals with Israel in 1979 and 1994 respectively, no Arab states currently maintain formal relations with the Jewish state.