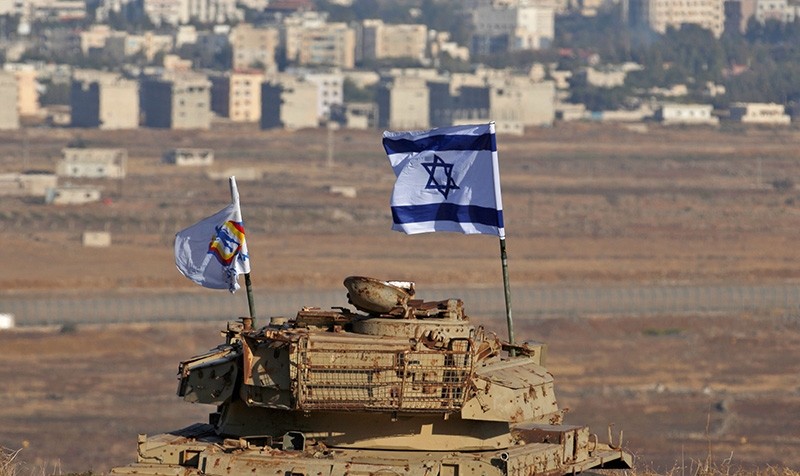 The Israeli military targeted three artillery cannon inside Syrian territory on Saturday, saying that it was in response to five projectiles landing on Israeli-held territory in the Golan Heights.

The Assad regime controls only party of the territory on the other side of the line, with the rest in the hands of rebel groups, one of them affiliated to the Daesh terror group.

No one was injured by the rockets which landed in open spaces.

The Israeli said on Twitter it "holds the Assad regime responsible & won't tolerate any attempt to breach Israeli sovereignty or threaten Israeli civilians' safety," and warned that more incidents would lead Israel to "intensify its response."

The Syrian defense ministry said the Israeli riposte had targeted one of its positions near the armistice line in Quneitra province, causing "material damage". It reported no casualties.

"The terrorists, acting at the behest of Israel, shelled empty ground to provide a pretext for this aggression," it added.

Israel has sought to avoid becoming directly involved in the six-year civil war in Syria, although it has systematically responded to fire across the armistice line on the Golan.

The incident followed a launch from an Assad regime SA-5 battery targeting an Israeli warplane flying along the Lebanese-Syrian border.

Iran's military chief was in Syria this week and cautioned Israel about attacking Assad regime assets. Israel has increasingly been voicing its concern over Iranian involvement in Syria and has issued sharp warnings.

Israel occupied parts of the Golan Heights in the 1967 regional war and now considers the territory its own, though Syria continues to oppose the Israeli presence.