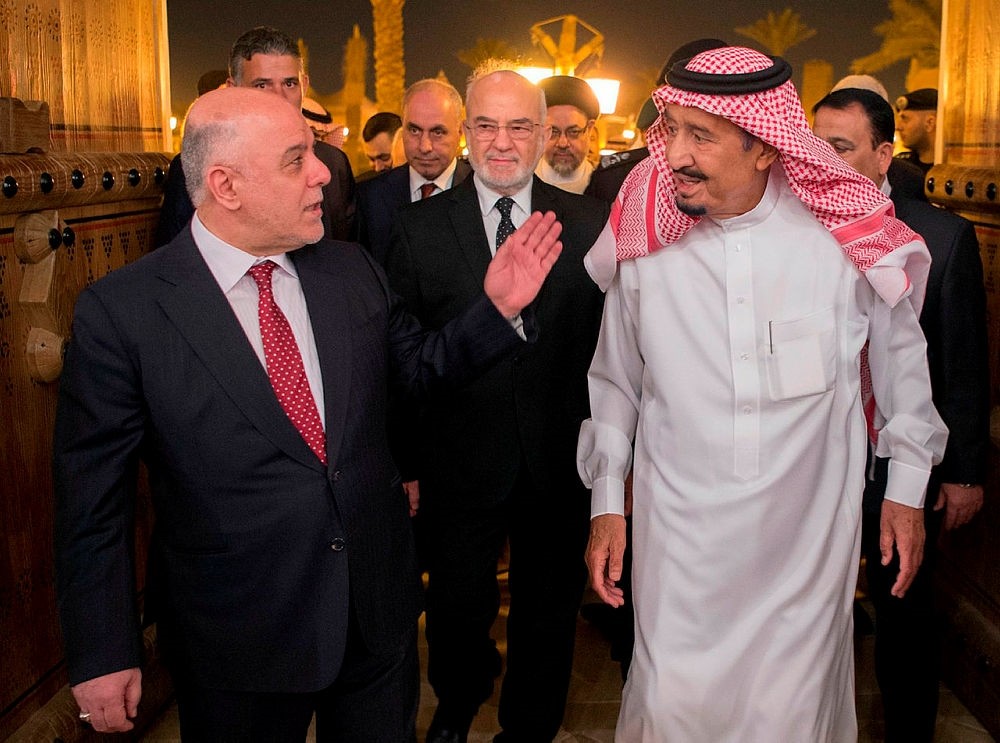 The tour coincides with Saudi Energy Minister Khaled al-Faleh's high profile visit to Baghdad where he called for the strengthening of economic relations to boost oil prices.

It also comes after US Secretary of State Rex Tillerson arrived in Saudi Arabia on Saturday, his second visit to the region in recent months to launch a fresh bid Sunday to ease a crisis between Riyadh and Doha.

Abadi is on Sunday to take part in Riyadh in a meeting to establish a joint Saudi-Iraqi coordination council aimed at boosting cooperation.

While in Riyadh, Tillerson is also set to take part in the meeting.

Iraq is seeking economic benefits from closer ties with Riyadh as both countries suffer from a protracted oil slump. Saudi Arabia is also seeking to counter Iranian influence in Iraq.

After years of tense relations, ties between Sunni-ruled Saudi Arabia and Shiite-majority Iraq have begun looking up in recent months.

After former dictator Saddam Hussein's August 1990 invasion of Kuwait, Riyadh severed relations with Baghdad and closed its border posts with its northern neighbor.

Ties remained strained even after Saddam's ouster in the 2003 US-led invasion of Iraq, since when successive Shiite-dominated governments in Baghdad have stayed close to Tehran.

But a flurry of visits between the two countries this year appears to indicate a thawing of ties.

At the opening of the Baghdad International Fair on Saturday, Saudi minister Khalid al-Falih hailed what he called "the new Iraq, on the ambitious road to prosperity and growth while strengthening its relations with the world."