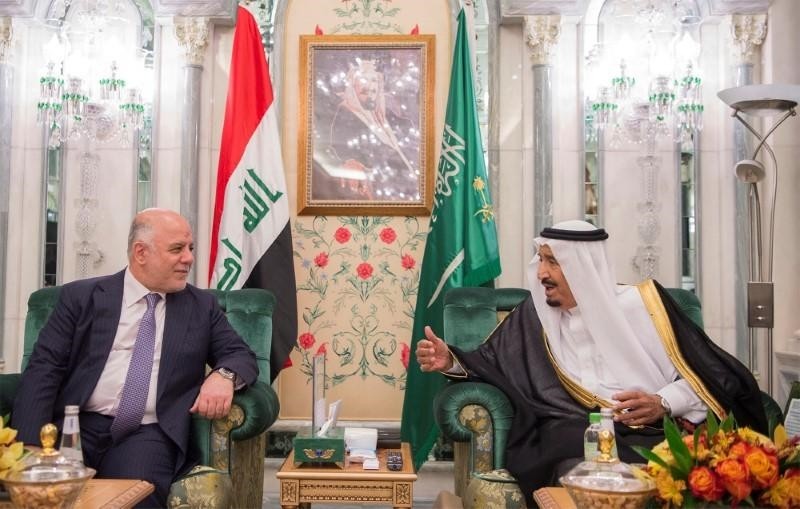 Saudi Arabia and Iraq agreed to resolve differences and work together to boost trade on Sunday, after their leaders met for the first time since last June, the official Saudi Press Agency (SPA) reported.

According to a joint statement issued by the two countries following the Saudi-Iraqi Coordination Council meeting in Riyadh, the two sides stressed "the need to work together to reduce the obstacles and facilitate the entry of exports between the two countries".

"They also agreed to develop the partnership between the private sector in the two countries and to allow businessmen to identify trade and investment opportunities," the statement added.

Riyadh and Baghdad also agreed to open ports and develop roads in the border areas.

They announced to resume flights between Saudi Arabia and Iraq, and open a Saudi Consulate in Iraq.

TAQA, an Abu Dhabi-based international energy and water company, will also open an office in Iraq, while SABIC, a Saudi chemical manufacturing firm will reopen its Iraq office.

The two countries will review the customs agreement, and exchange scientific and technical expertise.

Salman was speaking at the opening ceremony of the coordination meeting attended by Iraqi Prime Minister Haider al-Abadi and U.S. Secretary of State Rex Tillerson.

Emphasizing Saudi Arabia's support for Iraq's unity and stability, Salman said they were hoping "to address the differences inside the Iraqi house through dialogue and within the framework of the Iraqi Constitution".

"We confront in our region serious challenges of extremism, terrorism, and attempts to destabilize security and stability in our countries, which necessitate our full coordination to confront," he added.

Al-Abadi stressed that the region cannot "bear more division and conflicts," saying the armed conflicts and policies of interference in the affairs of others should come to an end.

"We believe that our security, economy, and interest must be formulated by joint action among the countries of the region. We want everyone to live in stability and prosperity. We are ready to join our efforts with our brothers' to start a new era of peace, stability and development," he said.