Nobody has right to interfere in Iraqi affairs, PM Abadi's office tells Tillerson 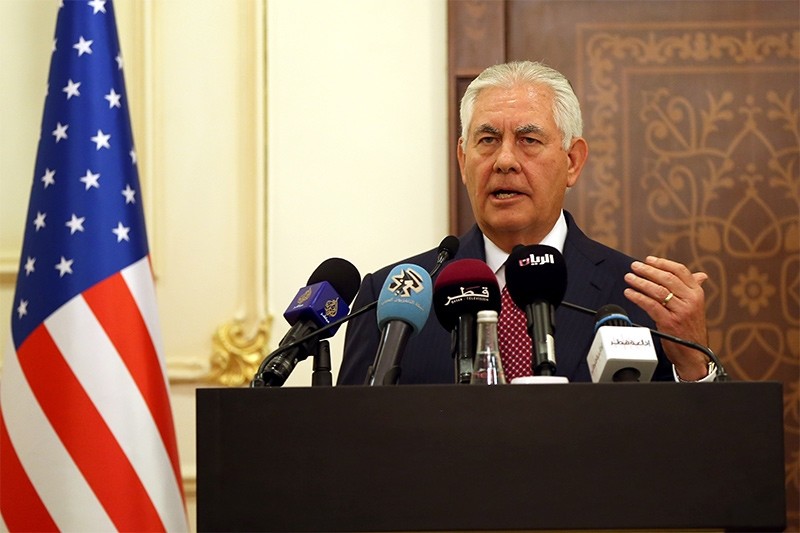 US Secretary of State Rex Tillerson attending a news conference in Doha (AA Photo)
by Compiled from Wire Services Oct 23, 2017 12:00 am

"No party has the right to interfere in Iraqi matters," Abadi's media office said in a statement citing a source close to the prime minister. Tillerson said on Sunday it was time for Iranian-backed militias and their Iranian advisers who helped Iraq defeat Daesh to "go home."

Tillerson told Saudi King Salman and Iraqi Prime Minister Haider al-Abadi that the nascent partnership between their countries held great promise for Iraq's reconstruction after devastating battles to wrest territory from the Daesh group and its independence from foreign influence.

"We believe this will in some ways counter some of the unproductive influences of Iran inside of Iraq," he said at a news conference with Saudi Foreign Minister Adel al-Jubeir after the council meeting.